Board of County Commissioners

The Ellsworth G. Simmons Good Government Award honors a current or former government official or civic leader for improving government through leadership and vision. The award is typically presented at a regular Board meeting in April. 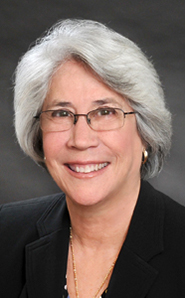 A longtime resident of Hillsborough County and a graduate of the University of South Florida and South Texas College of Law, Ms. Holt became a special court-appointed public defender in 1987 before her election as public defender of the 13th Judicial Circuit in 1992. Serving in that capacity for nearly 30 years, she is responsible for more than 200 attorneys and support personnel who provide legal representation to residents in need who cannot afford private counsel. Her office handles between 40,000 and 45,000 cases each year. Under her leadership, the Public Defender's Office has been recognized with numerous awards including the Florida Supreme Court Chief Justice's Law Firm Commendation and the Equal Opportunity Council Equal Opportunity Employer Award.

A respected government civic leader, Mr. Simmons was a School Board member who went on to serve 21 years on the Hillsborough Board of County Commissioners - 18 of those as chair. Through his leadership and guidance, new institutions - University of South Florida - and new communities - Sun City Center - were created in Hillsborough County. He was a central figure in the construction of Tampa International Airport, the founding of University Community Hospital, and the expansion of the Hillsborough County Health Department.

Each winter, a Good Government Award Committee examines the significant events, leadership opportunities and outstanding achievements of nominees and selects an individual or group. The committee submits its recommendation to the Board of County Commissioners for approval.

The Good Government Award Committee consists of nine members, two members representing the Simmons family and one member chosen by each commissioner.