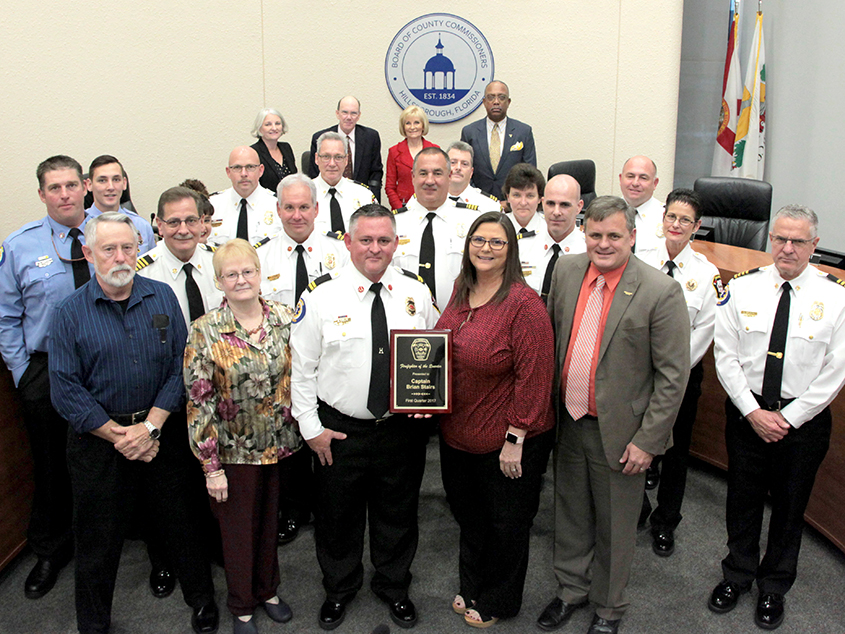 The Hillsborough County Board of County Commissioners presented its first 2017 Quarterly Awards & Recognitions Ceremony on Jan. 26. Two recognitions were presented to Fire Rescue workers whose bravery and quick thinking led them to save the lives of their fellow County residents during extreme circumstances.

The recipients of the January 26 Quarterly Awards include: