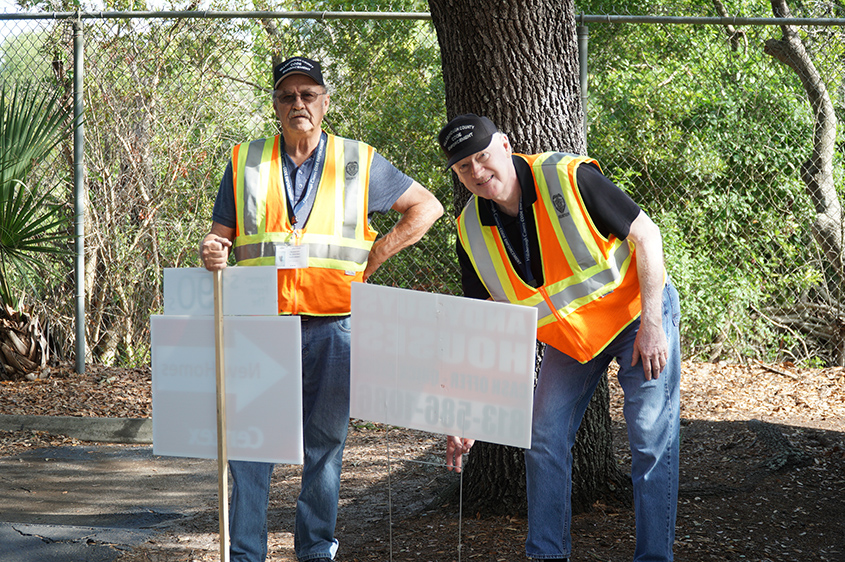 Together, the Code Enforcement volunteers have removed more than 50,000 of the impromptu roadside ads for garage sales, trash haulers, and house buyers. The illegal signs are ugly and distracting, Bill says. That's why he and Jim yank them from the ground and pull them off poles, fences, and trees.

They've been at it for more than five years, one morning each weekend.

Snipe signs are the code violations seen by the most Hillsborough County residents. They're hard to miss, and that's the idea.

The County's 30-plus Code Enforcement officers also remove the signs, and a new County law imposes a fine on violators. But the officers generally work Monday through Friday, and savvy sign posters know that. They put out signs on Friday afternoons and pick them up on Mondays.

That's where Bill and Jim come in. Patrolling on weekends, they often find hundreds of snipe signs.

Sure, the semi-retired men could be fishing or playing golf, and Bill occasionally misses a grandchild's soccer game. But he and Jim have an important job to do. 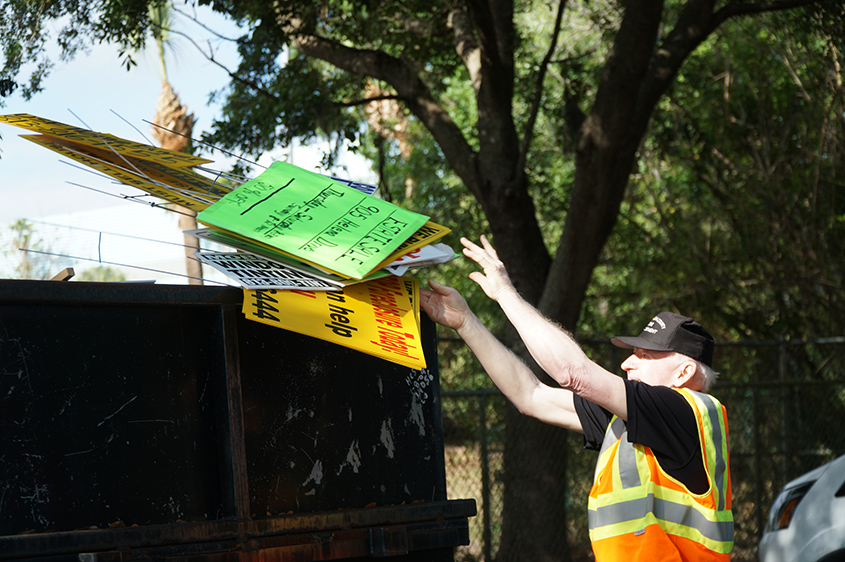 They like keeping roadsides clear of clutter, and enjoy each other's company.

They began the weekly patrols in 2011, after discovering their shared disdain for snipe signs. The Valrico residents were speaking after a homeowner's association meeting, and Bill mentioned snipe signs. "(Jim) said, 'Yeah, I hate those things, too.' And the conversation just kind of went from there," Bill says.

The men have a routine. They canvass major roads and intersections in the Brandon area - State Road 60, Parsons Avenue, Lumsden Road, and others - either in Bill's car or Jim's SUV. They collect the signs and toss them in a trailer provided by Code Enforcement, which disposes of them.

Among their roadside observations:

Bill and Jim plan to keep up their weekly patrols. "I'm glad there's a volunteer program and we can help make the community look a whole lot better," Bill says.