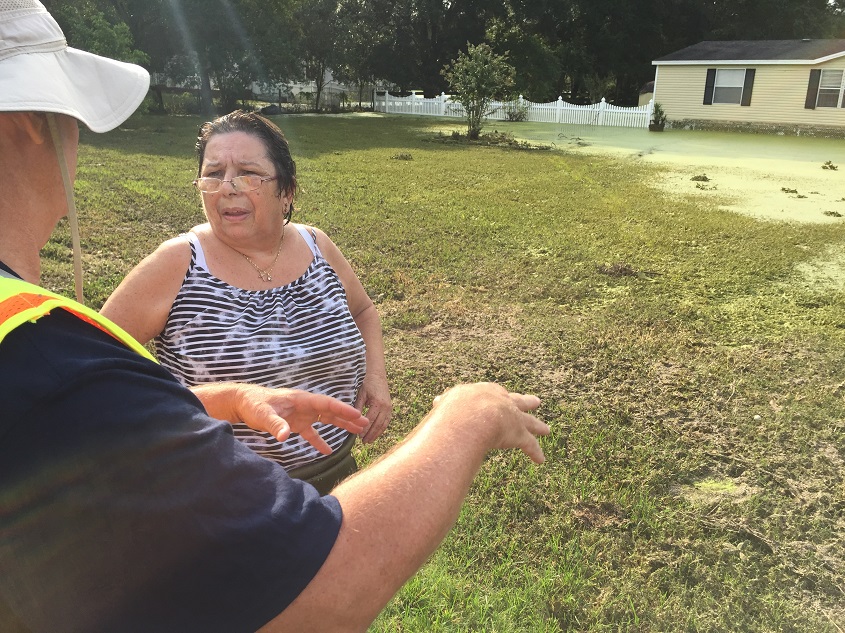 Irma’s Gone, but Cleanup and Recovery are Just Beginning

Hillsborough County officials and representatives of other agencies are evaluating damage from Hurricane Irma and summoning help for people in need.

On Sept. 14, three days after the storm, authorities had identified 170 properties with flood-related problems, 365 structures damaged by trees, and at least 15 buildings torn by high winds. Their immediate goal: Make homes safe and livable.

The objective is to eyeball every property in the unincorporated area, and to work with the cities of Tampa, Temple Terrace and Plant City to promote recovery. Members of Code Enforcement and Rapid Response, Building Services, Public Works, Public Utilities, Parks & Recreation, Fire Prevention, Public Facilities, and the Property Appraiser’s office are canvassing the area, looking for homes and other structures damaged by fallen trees or limbs, snapped or dangling power lines, and homes, roads, and bridges submerged or threatened by flood waters. Social Services also plays a critical role, ensuring people have shelter, food, and clothing.

Outside agencies and companies are heavily involved in the effort. Tampa Electric Co., the Southwest Florida Water Management District, and the American Red Cross, for instance, are providing equipment, expertise, and hands-on workers. 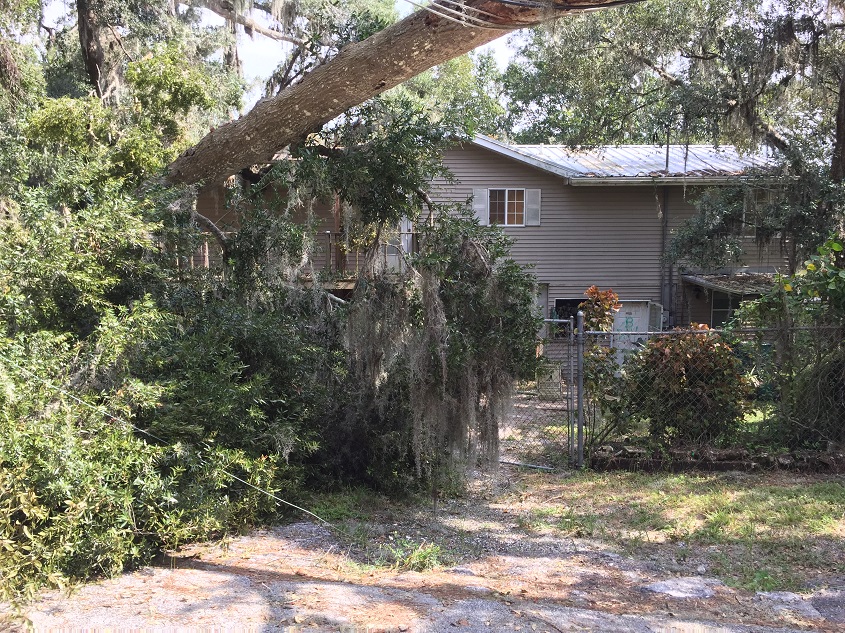 Coordination of the assessment and response takes place at the Public Safety Operations Complex, Hillsborough County’s $36.1 million dollar facility that opened on Columbus Drive, near Brandon, in February.

Ann Naylon is grateful for the interest and support. A pond behind her double-wide mobile home on Bloomingdale Avenue poured over its banks as Irma raced through Hillsborough County, flooding her yard and neighbors’ properties. Two days later, water rose to the floor of her slightly elevated home. It had receded about two feet by the following day, when a Code Enforcement officer stopped to check on her. Clad in green waders, Ann stood in her front yard, hosing slime off lattice surrounding the base of the structure she has called home since 2003.

She hopes the floor of her mobile home stayed dry, as it did after four hurricanes pounded Florida in 2004. She’ll clean up the mess, and worry about neighbors and those in worse shape than herself, such as people whose homes were flooded by the swollen Alafia River, Little Manatee River, and Bullfrog Creek.

“I’m not so much concerned with me. I’ll survive,” Ann says. “It’s part of living in Florida. You take your chances.”

Emergency officials say South Hillsborough County might have fared the worst. Much of the area is low-lying, especially homes and businesses near the rivers and creek.

The assessment of damages will continue, even as crews hustle to provide food and shelter, clear fallen trees from houses and roadways, and restore electricity. Sometimes damage isn’t immediately apparent, but surfaces when evacuees return to their homes. Weeks after a major storm such as Irma, trees with sodden roots can tumble, or ground drenched with water can give way and form sinkholes.

Authorities at the Public Safety Operations Complex assure residents they will remain vigilant as residents work to recover from the hurricane.

Photo information: Photo 1: Ann Naylon speaks with a Code Enforcement official on Sept. 14 in front of her doublewide mobile home on Bloomingdale Avenue. Water surrounding her home had begun to recede. Photo 2: Home with tree damage due to hurricane Irma.