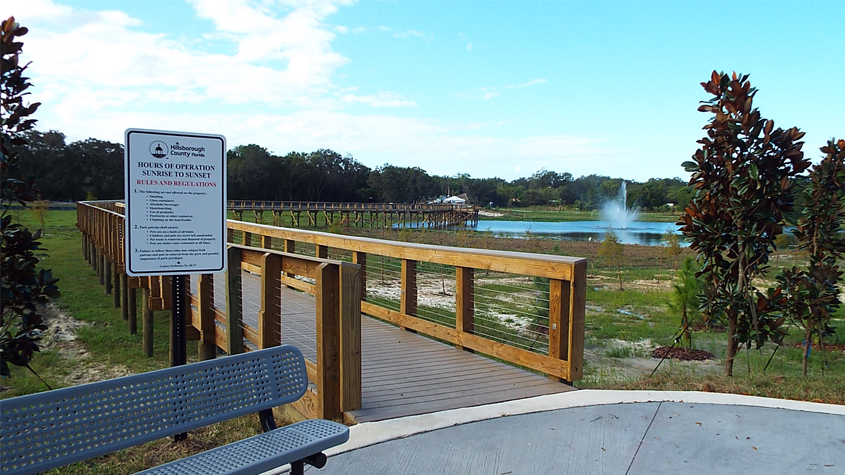 Lucy Dell residents are thrilled with the attractive pond and park next to their East Tampa neighborhood.

Once an eyesore, the 8.5-acre pond is now an asset. On Monday, Nov. 13, area residents and public officials gathered to applaud its transformation.

The $3.5 million project included restoring the pond, planting wetland and other native vegetation, building a lighted boardwalk, and installing exercise stations and a walking trail. A new road along the property's south border will open in a few months.

The pond previously had no amenities and was surrounded by brush. Now the area is a great place to work out or relax, perhaps even read a book.

Hillsborough County Parks & Recreation, Real Estate & Facilities, and Public Works collaborated on the project. It is among significant improvements in the neighborhood that the County has helped spearhead in recent years, along with a drainage system, streetlights, and speed bumps. 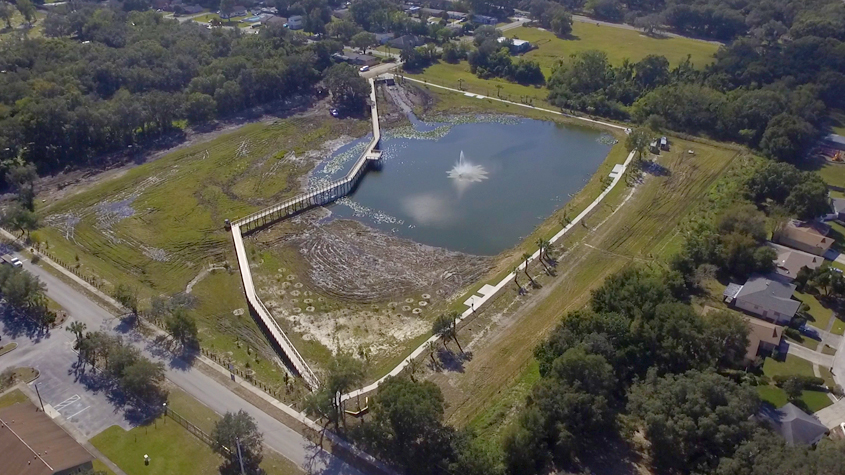 Lucy Dell is named for the woman who sold land for the subdivision in the mid-1960s. There are 25 houses and one duplex. Many of the residents, like Herbert, are original homeowners.

Despite the neighborhood's modest size, he says, there is a strong sense of community pride: "We're small. We don't have many fancy houses. We have homes."

The restoration turned an unused water basin into a community asset. "It's not a pond," Herbert said at the dedication ceremony. "It's an oasis."