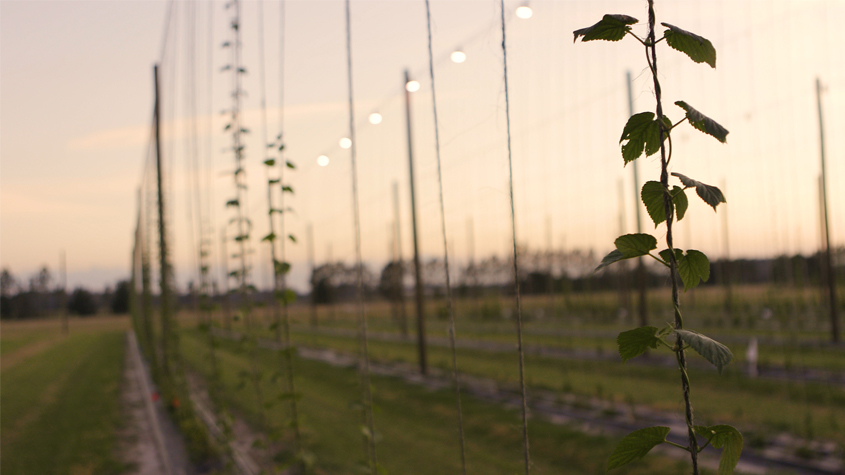 Why not, say researchers trying to extend daylight hours to grow the prized craft beer ingredient

The Tampa Bay area's reputation as a destination for craft beer enthusiasts is surging. So it's no surprise researchers in Hillsborough County are striving to grow hops, the buds that are an essential flavoring ingredient in beer, especially styles such as India pale ale. 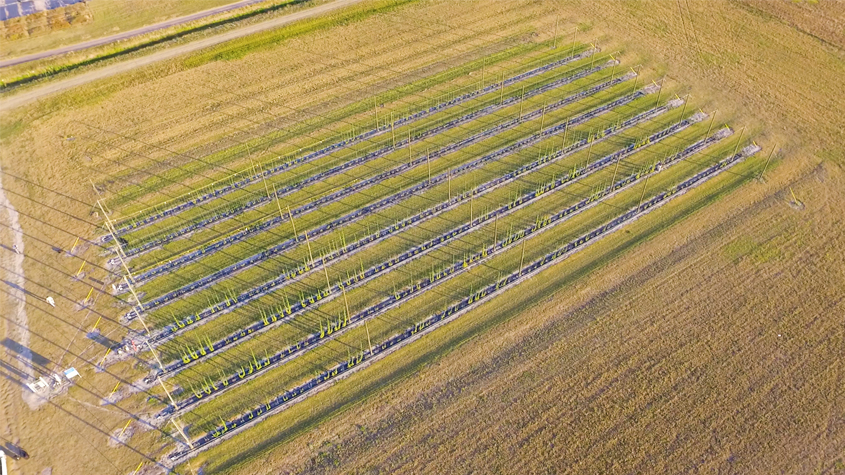 UF-IFAS researchers are conducting trials on a 1-acre field.

Fresh hops are coveted by brewers, but hard to come by in Florida. Most hops hail from the Pacific Northwest, where longer days and cooler temperatures during the growing season help produce most of the nation's crop. Shipping fresh hops, hop oils, and hop pellets to Florida brewers is expensive, and can take days. And the harvest season is limited - generally, late summer and early fall.

Thus the incentives to grow local hops: save shipping costs and time, improve availability of fresh buds, and create unique Florida flavors. The UF-IFAS Gulf Coast Research & Education Center (GCREC) in Balm, in partnership with Hillsborough County and businesses including local brewers, is taking a lead in trying to produce hops here. 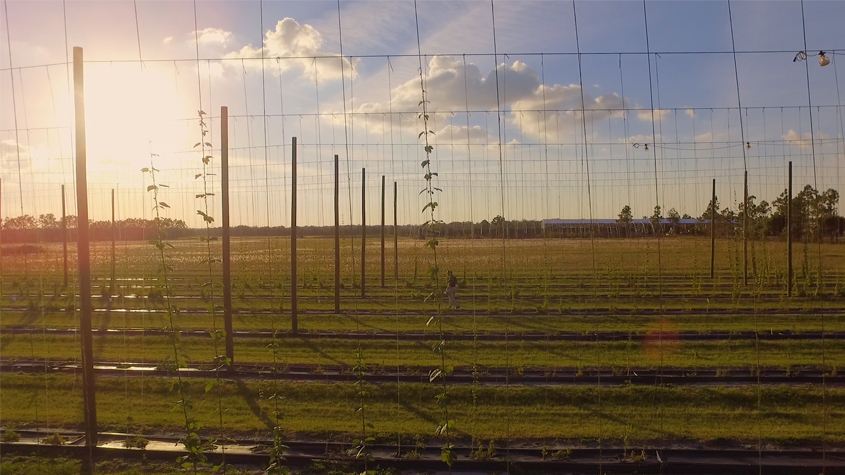 The lights remain on until 11 p.m. daily. That gives the plants some 15 hours of "daylight," about the length of an average day during the hops growing season in Washington, Oregon, and Idaho. Lights in the research field vary. Some emit bright blue and red light, while others are purely red.

Researchers are experimenting with 14 varieties of hop plants. So far, the Cascade variety seems to produce the best buds. Cascade is popular among brewers, both for flavor and aroma.

GCREC also must contend with heat, humidity, and disease. The goal is to find a variety of the climbing plant that will stand up to Florida's weather and other challenging growing conditions.

Brewers' acceptance of locally-grown hops, and growers' ability to produce it, will be the ultimate test of the crop's commercial viability. Though many farmers in Hillsborough County and elsewhere in Florida are interested in GCREC's research, the crop must be successful for them to plant it. 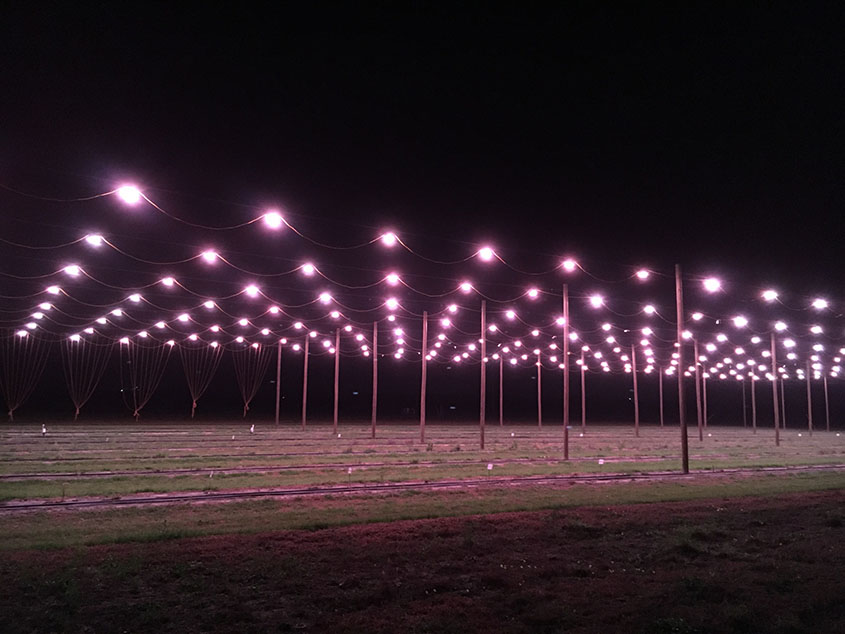 Researchers are experimenting with hop plants in a field in Balm.

Ideally, Florida growers will harvest hops in May and June, with perhaps a second harvest in November and December. As with other crops grown in Florida, growers likely would time their harvests to coincide with a dearth of hops in the market.

For now, researchers continue to search for and grow the ideal hop plant for Florida conditions. "We are just seeing which variety can produce the best hops," says Shinsuke Agehara, an assistant professor of plant physiology at GCREC in Balm.