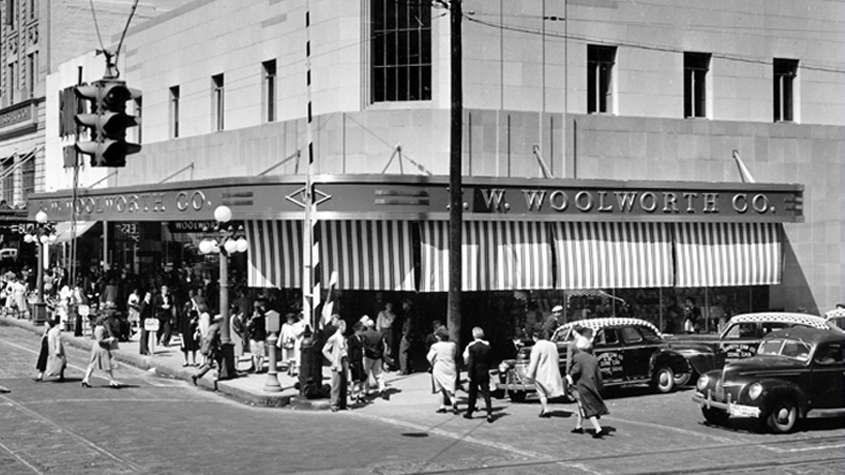 Clarence Fort will be at the long-closed F.W. Woolworth store in downtown Tampa on Saturday, Feb. 24, to help celebrate a recently approved historical marker.

It won't be his first visit. Fort was at the five-and-dime on Feb. 29, 1960, accompanying about 50 high school students and the Rev. Leon Lowry in protest of the store's policy prohibiting African-Americans from sitting at its whites-only lunch counter.

It struck Fort and the African-American teens as unfair that they could buy hundreds of dollars' worth of merchandise at the store, but not purchase a Coke and a hot dog at its lunch counter. Their Hillsborough County stand was among many taken at lunch counters throughout the South.

"There was fear, but I had made up my mind that it was something I had to do," says Fort, then president of Tampa's NAACP Youth Council. "As it turned out, we were blessed. The police department had it under control."

Officers accompanied the Blake and Middleton high school students on their 20-minute march from St. Paul AME Church to the store on Polk Street, between Franklin Street and Florida Avenue. Police stopped traffic along the way, allowing the students to cross roads. Once inside, policemen stood nearby as the teens took seats at the off-limits lunch counter.

Arthenia Joyner, then a 17-year-old junior at Middleton High, was among the protestors. The sit-in helped inspire her lifelong commitment to ensuring African-Americans, and everyone else, have opportunities to participate fully in American society. "It was just a great day in my life, and the beginning of what I consider to be my calling," says Joyner, a lawyer who has served in the Florida Senate and House, among other distinctions.

Fort says the successful sit-in helped spur economic change in Hillsborough County. A short time later, African-Americans took jobs driving buses, and working as clerks and secretaries. "It was a springboard to the job markets," he says.

The local F.W. Woolworth store closed in the early 1990s, and shows its age. But memories persist of the protest 58 years ago.

"I always think about it," Fort says. "It's important to know what happened. … Don't let people tell you what you cannot be. Regardless of the circumstances, you still can make it in this country, if you try."

A preview of the historical marker outside the former store is scheduled to take place Saturday, Feb. 24. A permanent marker will be erected this summer.

Photo information: The F.W. Woolworth store on Polk Street was the site of a sit-in by African-Americans on Feb. 29, 1960.