News
Things To Do 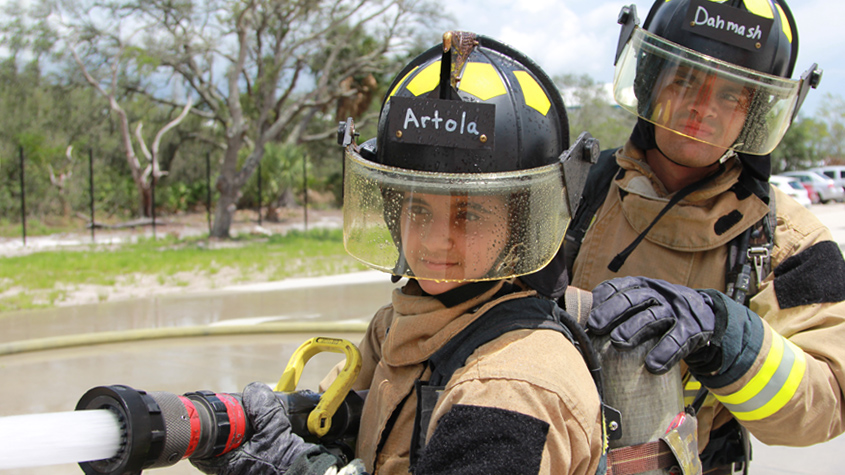 Since 2002, Summer Youth Fire Academy has given hundreds of area teens a glimpse into the life of a first responder.

By learning what firefighters and paramedics do, they get an idea whether a career in the field might be a good fit.

Students and graduating high school seniors, ages 14-18, may apply for the  Summer Youth Fire Academy. Participation is free. A Fire Rescue panel will select about 30 teens for the Academy.

"It was the greatest experience I ever had," says Jason Fabrizi, a former cadet at the Academy.

"I've always wanted to be a firefighter," says Jason, 18. Attending the Academy bolstered that interest. "It definitely will make you want or not want to do this job."

Jason was encouraged by his father, Army Sgt. 1st Class Jason J. Fabrizi, who died in an enemy ambush in Konar province, Afghanistan, in July 2009. "He always told me to pursue my dreams," Jason says.

Summer Youth Fire Academy assured Jason he was on the right path. "You really learn to respect the people who do this," Jason says. "It's tough."

Instruction is both hands-on and in the classroom.

During the two-week Academy, cadets learn, among other things:

Things To Do Fire Rescue