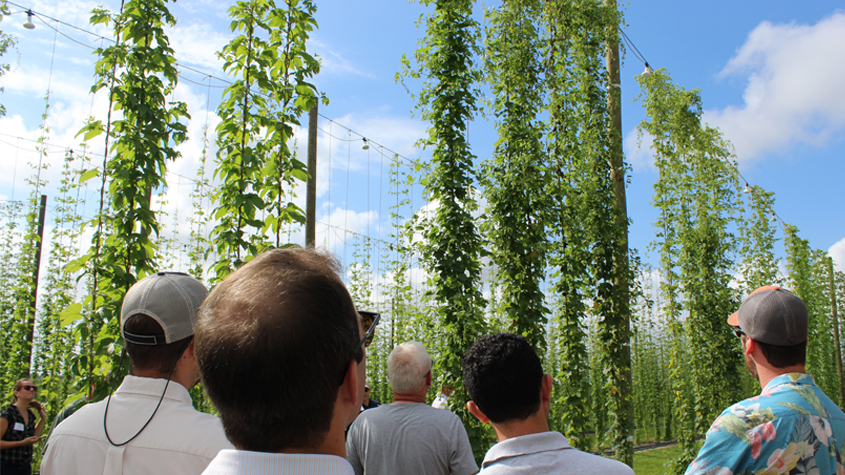 Researchers have come a long way in their efforts to grow hops, a main flavoring ingredient in craft beer, at a field-testing site in southeast Hillsborough County.

The plants now stretch from the ground to a cable 20 feet in the air. Clusters of hops cones dangle from many of them, particularly the Cascade variety.

But will farmers in Hillsborough and nearby counties see enough potential economic benefits to plant hops? And, are craft brewers eager to buy the locally grown plant's cone-shaped flower?

Hillsborough County Economic Development is among those supporting hops trials at the University of Florida Gulf Coast Research & Education Center. Cigar City Brewing, based in Hillsborough, is another backer. The company's brewmaster, Wayne Wambles, joined a group touring the hops research fields in Balm on May 24.

Cigar City and other Central Florida craft brewers like the idea of flavoring their beer with fresh local hops. Not only does it play to the idea of brewing a thoroughly "local" product in one of the nation's leading craft-beer destinations, the hops also gives beer a distinctive taste. That's because hops flavors vary, depending on where they're grown.

Wambles is enthused, but knows it will take time, and more research. "The more data we can get, the better," he says. "We need to determine if it's feasible." 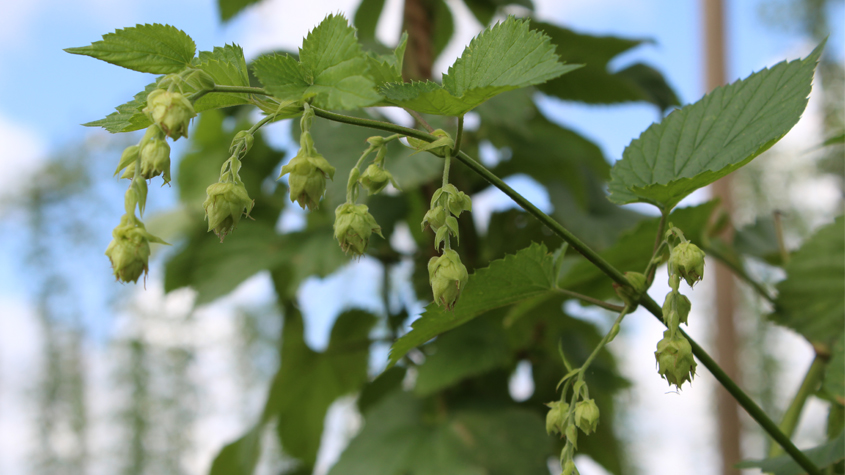 Researchers are testing 14 varieties of hops.

Most hops is grown in the Pacific Northwest, where temperatures are cooler and days are longer during growing season. The Hillsborough County researchers are addressing those factors and others. For instance, they are testing 14 varieties of hops in hopes of finding one that will thrive in Central Florida's heat and humidity. And they have extended "daylight" hours by placing artificial lights atop poles in the experimental hops field.

After a few false starts - an initial shipment of plants, for example, was diseased and had to be destroyed - the researchers' progress in the last year or so is encouraging. "I think we're pretty close now," says Jack Rechcigl, the Research & Education Center's director and a University of Florida professor.

He acknowledges more research is needed.

Farmers, brewers, and others connected to craft beer and agricultural production had lots of inquiries on the recent tour. Among them:

Wambles says it's too early to tell if Florida-grown hops will have a distinctive flavor and, if so, whether that taste will be desirable. But he's hopeful.

"It would be nice to have something that's produced locally," he says. "That would be really cool."

Photo information: Dozens of farmers, brewers, and others toured an experimental hops field at the Florida Gulf Coast Research & Education Center in Balm.