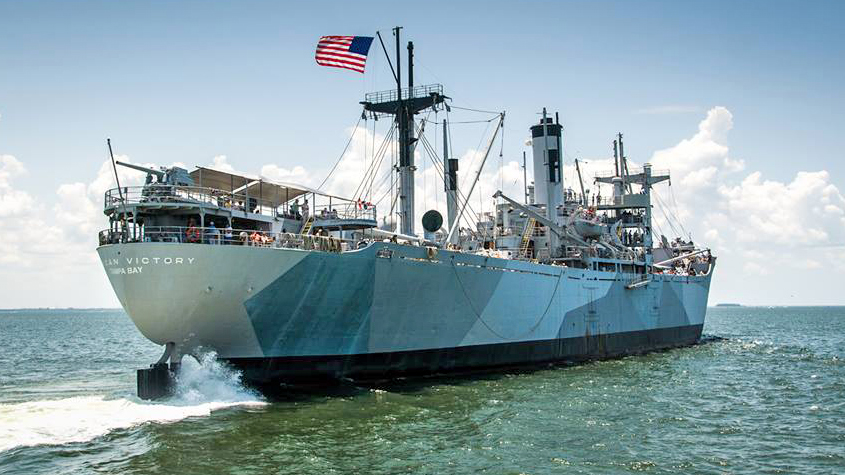 Beat the Heat at These Distinctive Museums

Don't limit your summertime experiences to swimming, barbecues, and sunburns. There are lots of cool things to see and do at unique local museums.

Here are a half-dozen mostly off-the-beaten-path places for children and adults to explore during the hot summer months. They're fun, informative, and cooler than a playground or beach.

These museums, and well-travelled ones such as Tampa Bay History Center, Glazer Children's Museum, and Tampa Museum of Art will inspire adults and excite young minds during long summer days away from classrooms.

Photo information: American Victory, pictured underway, is one of the unique museums in Hillsborough County. Its permanent berth is in downtown Tampa.