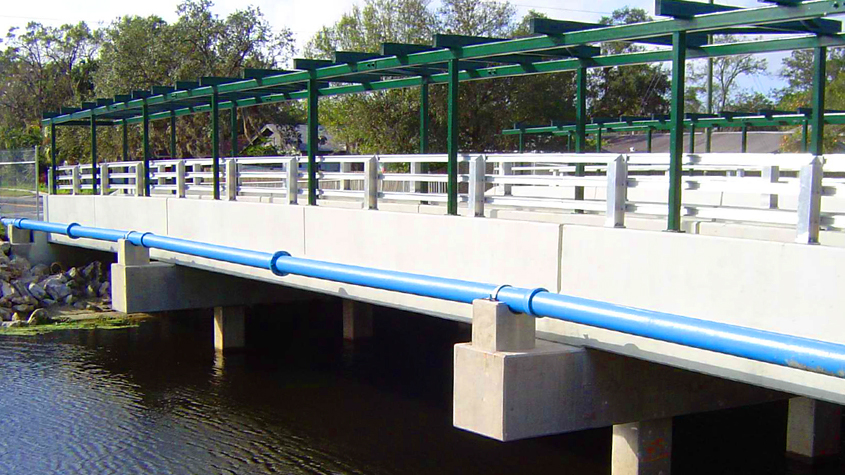 Hillsborough County has about 250 bridges, scattered among and between communities from Wimauma to Town 'N Country.

Some of the spans are so inconspicuous that passing motorists might not know they are crossing over a creek, stream, or railroad right-of-way. Most of the bridges are in unincorporated Hillsborough County. A few, such as the Webb Road span over Sweetwater Creek, are in Tampa. 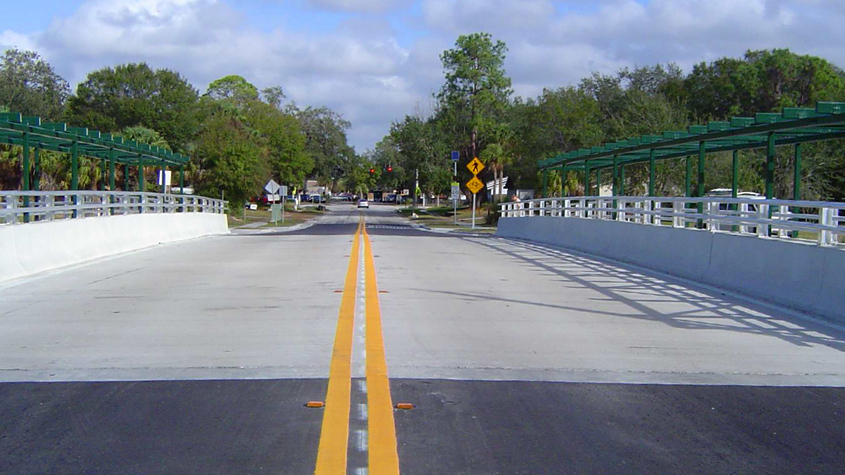 The Webb Road crossing of Sweetwater Creek is one of about 250 small bridges maintained by Hillsborough County.

Typically, the structures were erected years ago by developers. Many were not built to comply with modern government standards, and by today's design conventions, they are outdated.

In 2002, for the first time, Hillsborough County's Board of County Commissioners called for the replacement of multiple bridges. The $24 million allocation of Community Investment Tax monies was used to acquire rights-of-way, buy materials, and cover construction costs to replace 11 bridges, some of which were built as long ago as the 1940s.

The new spans are wider, with shoulders and/or pathways for pedestrians and bicyclists. They are built to accommodate trucks bearing loads heavier than those allowed on previous structures. In at least one instance, a four-lane bridge replaced a two-lane span.

The 11 replacement bridges now are completed. They are located throughout Hillsborough County, from a County Road 39 bridge over the Little Manatee River to a Race Track Road bridge across Double Branch Creek.

Public Works will keep repairing and replacing bridges deemed to be structurally deficient or functionally obsolete. This year it will commission the design or construction of about a dozen bridges. Most recently, on July 18, the Board of County Commissioners awarded a $1.74 million contract to replace a span on East Keysville Road over the Alafia River. The work will take less than one year to complete.

Top photo: The Webb Road bridge over Sweetwater Creek is among 11 structures collectively approved by Hillsborough County leaders in 2002.