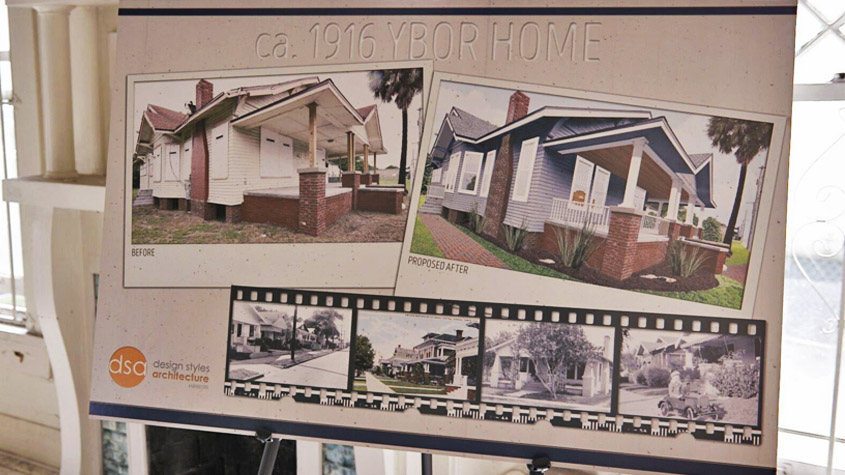 A sprawling house built in 1916 by the first Ybor City Italian to serve on Tampa's City Council is among a dozen historic properties and museums being enhanced with matching grant money from Hillsborough County.

All told, the County awarded more than $990,000 this year to the buildings and sites through its Historic Preservation Challenge Grant program. The intention is to preserve historically significant properties for new uses, promote heritage tourism, and encourage restoration as a way to boost the economy.

Design Style Architecture's (DSA) plan to restore the 102-year-old, three-bedroom house for use as a design center fits nicely with the program's mission. The wood-frame structure, built by City Councilman Nunzio DiMaggio, recently moved from its original location in the path of an Interstate 4 expansion project to the 1700 block of Columbus Drive, on land across the street from DSA's headquarters. The firm's main office, a former grocery store, was meticulously restored six years ago.

"There's something about old structures… They just have more meaning," says DSA Principal & COO Jason Dickens. "They come with a story."

Lovingly restored buildings also are excellent marketing tools, especially for an architectural firm. "It gives us an opportunity to say, 'This is who we are,' Dickens says. If DSA can restore revered old buildings to near-original condition, with the addition of modern amenities, "What can't we do?"

Since 2012, the Hillsborough County Board of County Commissioners has awarded more than $6.9 million to 90-plus applicants for the grants. The Board approved the latest batch of structures and sites on Aug. 1.

Two of this year's more unique awards were a $50,000 grant to the Temple Terrace Golf and Country Club, for irrigation upgrades and other enhancements at the historic golf course; and $6,000 to the American Victory Ship, for improvements to the floating museum's guest experience, website, and gift shop. 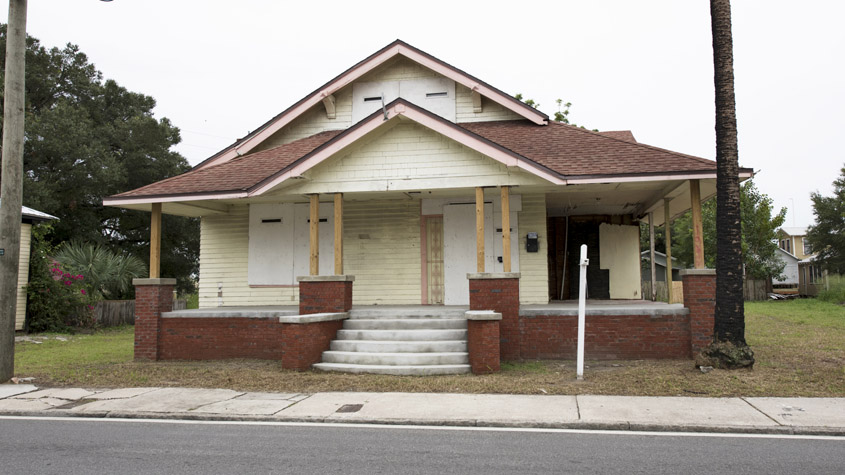 DSA received a grant of $99,000 to equip the vintage Ybor City house with electric, water, and sewer hook-ups, and to restore the building's exterior. The firm is paying more than $252,000 for the restoration, far exceeding the "matching" contribution requirement.

Dickens says the firm hopes to complete the project and open its new design center in March or April.

"Houses like this aren't cheap to restore," Dickens says. "To make it work you really need some help. These County funds are absolutely helping."

Photo: A poster inside the 102-year-old house shows how the structure looks now and will appear after it is restored.