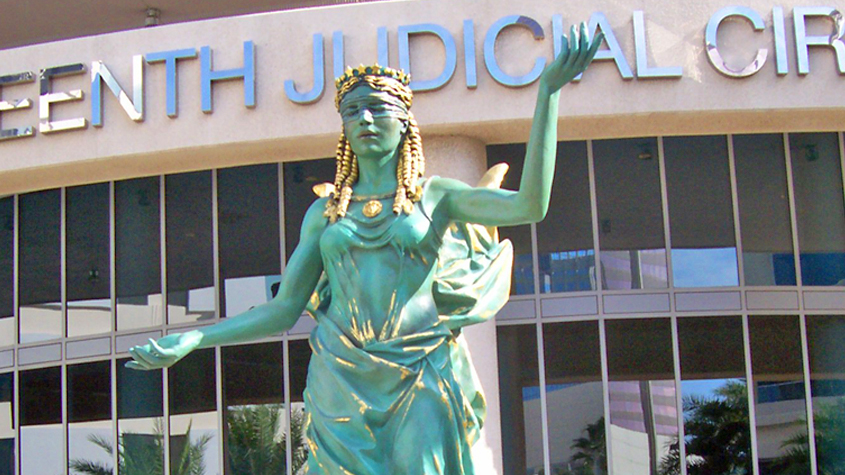 The works would be in different mediums and fashioned from varied materials. They would be functional, stand alone, or blend into the architecture or landscape of a given site.

Since then, County leaders have commissioned nearly 300 works of art that are in more than 50 locations throughout unincorporated Hillsborough, Tampa, Temple Terrace, and Plant City. They are paintings, sculptures, photographs, and even a quilt. One of the most recent additions is a mural-sized tile mosaic.

Here, in no particular order, are 10 notable displays of Public Art Program works:

The sculpture Veritas Et Justitia by Audrey Flack stands outside the entrance to the George E. Edgecomb Courthouse in downtown Tampa. The design is based on classic Greek sculpture while seeking to project an ideal 21st-century woman. 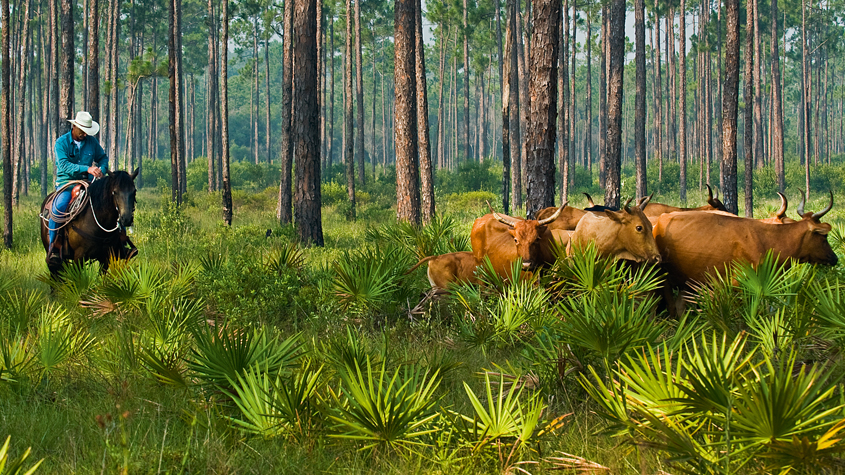 This Carlton Ward, Jr. painting is part of a collection at Seffner Mango Library.

A colorful photograph of a cowboy herding cattle in Florida pine scrub is inside Seffner Mango Library, 410 N. Kingsway Road. It is one of a collection of images at the library by Hillsborough County photojournalist Carlton Ward, Jr. that depict the state's flora and fauna.

Tampa native Josette Urso's quilt is inside the Plant City Courthouse at 301 N. Michigan Ave. It showcases the work of 50 of Plant City's needle workers. The quilt features strawberries, armadillos, palm trees, and trains in an exuberant dreamscape. 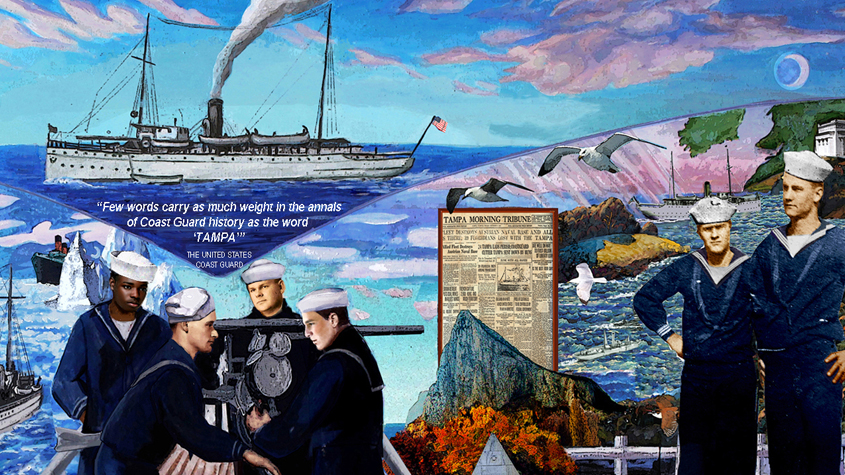 A mosaic outside the Tampa Bay History Center tells the story of the USCGC Tampa.

A memorial to the USCGC Tampa graces an outside wall at Tampa Bay History Museum in downtown Tampa. Carl and Sandra Bryant's mosaic, made of hundreds of colorful tiles, tells how the U.S. Coast Guard ship served on iceberg patrol and participated in Gasparilla celebrations before going to sea as a U.S. Navy vessel. A torpedo sank the ship on Sept. 26, 1918, killing all 115 sailors on board, including 24 Tampa men.

Hillsborough County artist Princess Smith's painting Miah is on display at Seminole Heights Library, 4711 N. Central Ave. It was the first painting installed at the new branch library, and was unveiled during the building's dedication in March 2014. 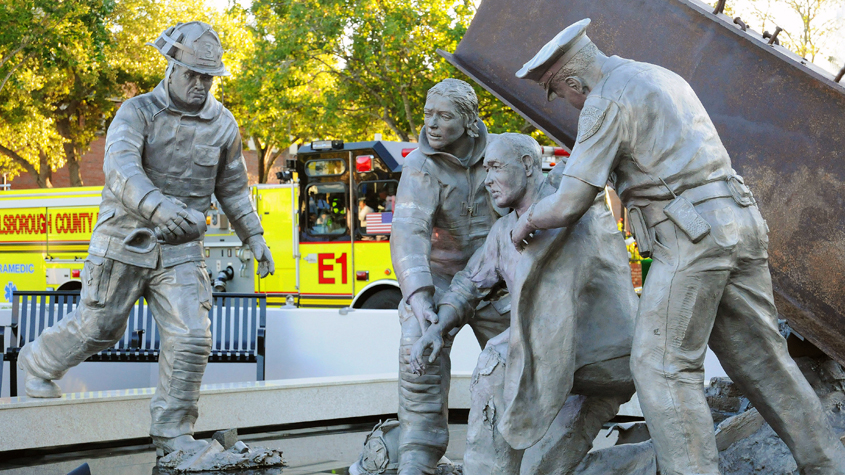 A memorial outside the Hillsborough County Sheriff’s Office pays tribute to 9/11 heroes.

The abstract sculpture Night and Day, outside Carrollwood Cultural Center, 4537 Lowell Road, is intended to reflect the full slate of daytime and nighttime classes, clubs, and events at the popular community gathering place. The stainless steel work by Michael Young, installed during the Center's 10th anniversary in 2018, depicts the sun and moon dancing.