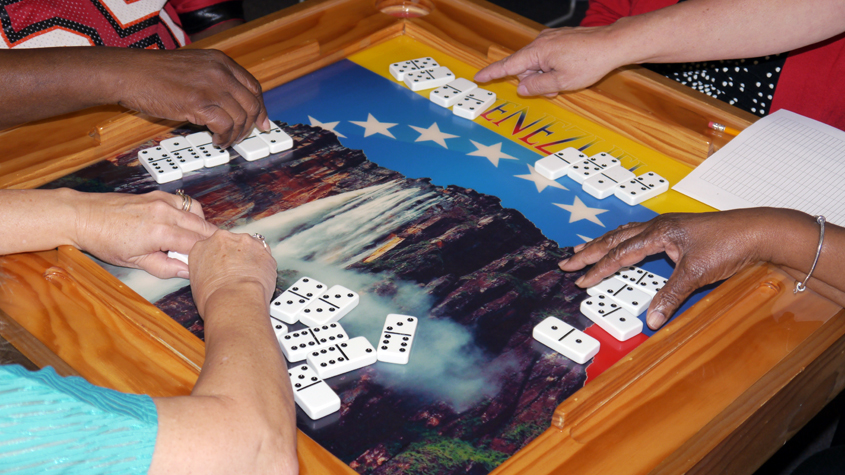 Analucia Alencastro began playing dominoes at about age 12 in her native Venezuela. She learned the game from her father, a fan of "rattling the bones."

Last year, her team won Aging Services' annual countywide competition at Town 'N Country Senior Center. The Brandon group again made it to the finals on Sept. 21, but this time came up short.

Despite not taking the top prize, it was a fun day, Analucia says, with free meals, camaraderie, and the games themselves, always intense and challenging.

When the finals competition gets underway, it's serious business. Only a low murmur, and the sound of clicking dominoes tiles, called "bones," are heard when the action begins.

"At the tournament, you're not supposed to talk," Analucia says, which is different from the day-to-day vibe at the senior centers. "When you're playing socially, you talk and you know the people."

The tabletop game is gaining popularity, and reaching a wider audience. "It's one of the fastest growing pastimes in the United States," says Juan Rivera, the tournament's coordinator. "It goes beyond the Hispanic community."