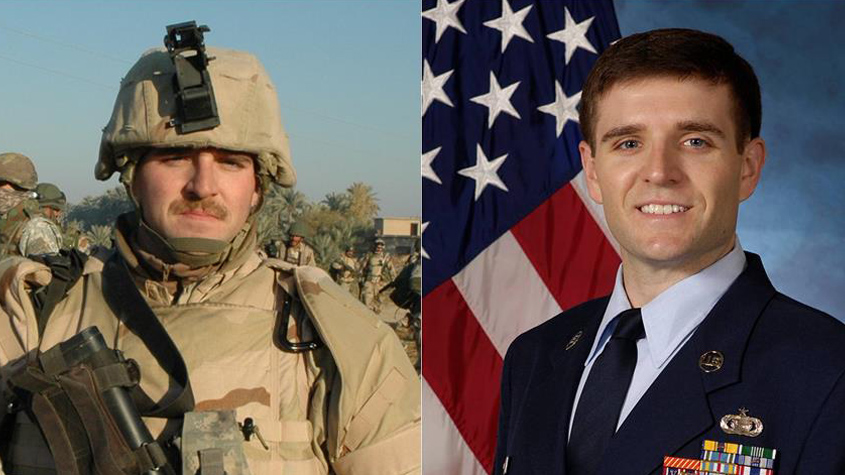 Former Iraq War veteran honors those who made ultimate sacrifice

When Mark Goujon was coming home after a nine-month deployment in Iraq with the U.S. Air Force, he noticed all the children and families at an airport.

"It was one of the biggest adjustments," he says. "You don't see kids in a war zone."

Back in the United States, he was surprised so few people seemed to recognize the nation was at war, though he was glad they felt safe to live their lives without the daily threats he experienced in Iraq. It took him a while to adjust, to move forward with his life, and to get closure.

"Everybody experiences tragedy, on different levels," Goujon says. "You just can't dwell on it."

He left the Air Force in 2010, after a dozen years in uniform. Eventually, the former technical sergeant moved to Hillsborough County. Goujon and his wife of nine years, Jaime, have a 4-year-old daughter, Nadia.

He worked as a government contractor for a few years while continuing his education. Now he is an online business owner, an aspiring songwriter, and a community volunteer.

Goujon remains committed to the people with whom he served in Iraq. He saw close friends and colleagues die in the war-torn country. Some were killed when roadside bombs exploded. One drowned when he evacuated a damaged helicopter that landed in a lake. "You only can emotionally prepare for it so much," he says.

There are frightful memories, such as accompanying a small team of soldiers and airmen to a market in the town of Mahmoudiyah after five bicycle bombs exploded. It was the middle of the night, Goujon says, and it was pure chaos. His team was separated from security escorts. "I remember thinking, 'This could go bad real quick.' " CBS News reported 18 people died and about 70 were wounded in the blasts.

He doesn't want Americans to forget the sacrifices of servicemen and servicewomen in Iraq.

While readjusting to civilian life, Goujon began volunteering at Hillsborough County's Veterans Memorial Park & Museum. He took a lead role in designing and raising money for a monument at the park dedicated to Iraq War veterans, including 196 from Florida who died there.

Now, five years after speaking at the monument's dedication ceremony, he returns to the park a few times a year, often with his family. Nadia is too young to grasp the significance of war, but Goujon wants her to grow up among the physical tributes to wars' brave participants. Someday, she will understand.

Meanwhile, Goujon continues focusing on the present and future, while honoring those left in the past. "We owe it to our fallen to live life to the fullest," he says.