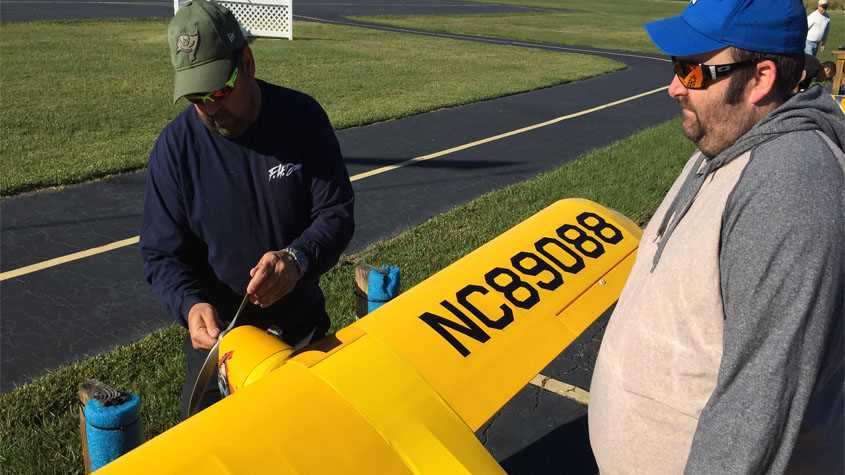 Soaring high over a closed part of the Hillsborough Heights Landfill, an array of radio-control aircraft go through their aerial paces.

The colorful planes are piloted from the ground by members of the Tampa Radio Control Aircraft Club. After ascending over the now-lush green contours of the former dump, the miniature-size planes run smooth, sweeping patterns or perform loops, rolls, tumbles, waterfalls, and knife edges.

For years, Hillsborough County has allowed the club to use airspace above the landfill, near Seffner. In October, the County renewed the agreement for three more years, followed by 10 one-year optional extensions.

Few activities are allowed on or near former dumps. Flying radio-control aircraft above them is an exception. "You need a lot of space," says club President Scott Kantrowitz. "The landfill is just perfect for us."

The club, known as TRAC, built and maintains an airfield adjacent to the landfill. There's a paved runway and a taxiing area, pits with wooden stands for setting up and working on aircraft, electrical hookups, and a shelter where members and guests gather to watch the planes in flight, to talk shop, and to socialize. 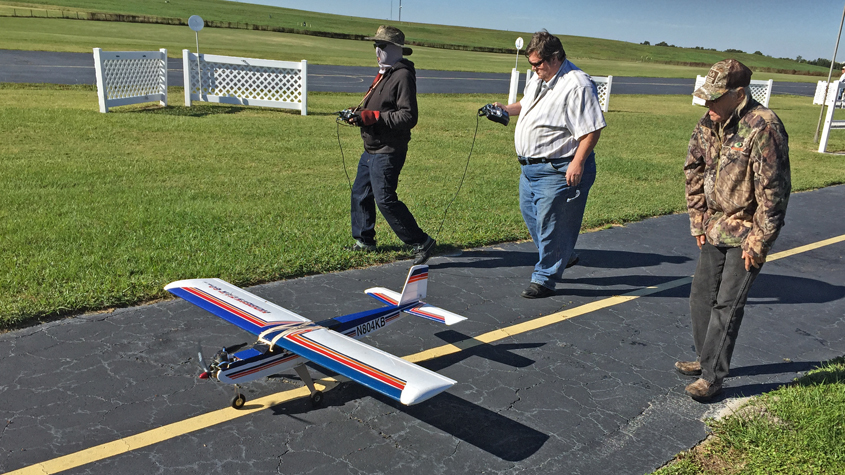 "It's a really nice set-up," says Mark Chenault, a nearby resident who saw a notice about the club's Nov. 17 open house at the airfield and decided to stop by. "Where else are you going to find a place like this?"

Chenault had a radio-control plane in the late 1970s, but drifted away from the sport after a couple of crashes. He likes the idea of a club - the collective expertise, support, and camaraderie - and might get back into flying model planes.

Chenault's experience is common. People who fly radio-control planes by themselves often encounter a problem and become dispirited, Kantrowitz says. It's more fun and fulfilling to participate with a group. 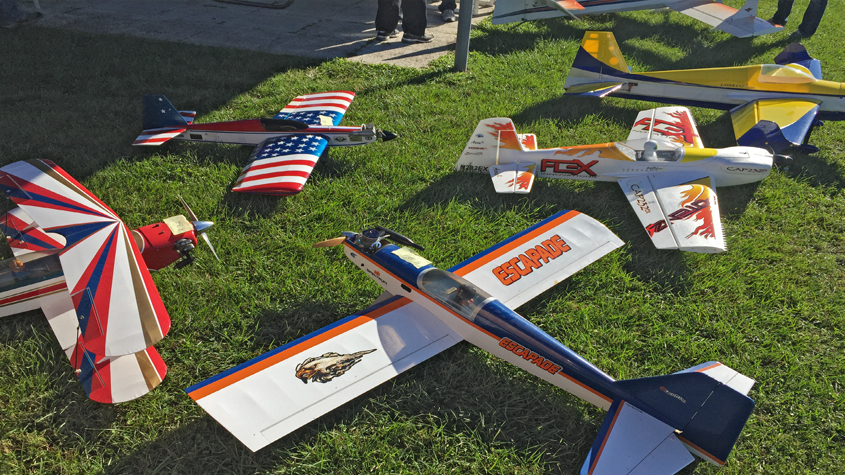 Radio-control aircraft come in various shapes, sizes, and colors. Here, a fleet of planes are positioned randomly in the pit area.

Roger Daugherty became involved three weeks ago. Retired for two years, he says, "I was awfully bored. I needed a challenge." He enjoys learning about the planes, and appreciates the club members' eagerness to help and easy-going banter.

At midday during the open house, after a morning of flights, instruction, and mechanical adjustments, the group breaks for a potluck buffet in the shelter.

About 90 people belong to the club, with 25 or so regulars. Members range in age from the late teens through the 70s. All but two are men.

Veteran club member Don Riek says there are three types of radio-control aircraft fans: Those who love the sport of flying the planes, people who prefer working on them, and those who enjoy both. "I like building and tinkering with the planes, probably more than flying," he says.

The surging popularity of drone aircraft has not dissuaded radio-control plane enthusiasts, Kantrowitz says. The planes usually are larger than drones, and flying them is more challenging.