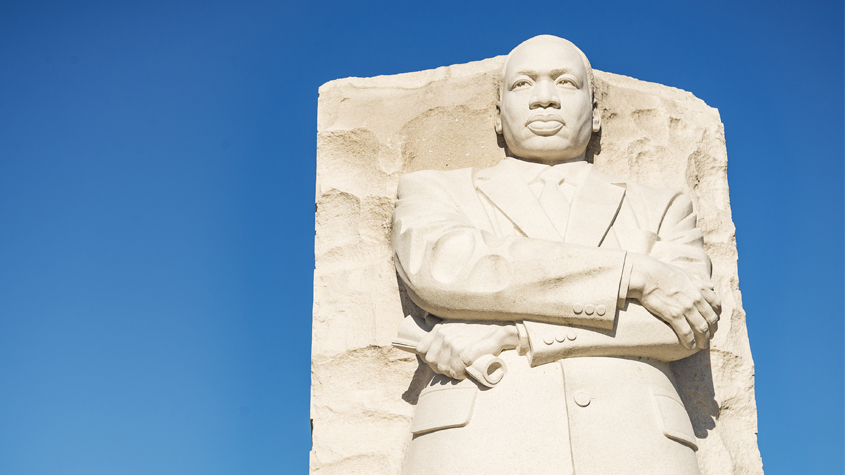 His appearance on Nov. 19, 1961, was delayed 30 minutes by a bomb scare. King waited in a car outside the Armory until authorities determined there was no bomb. He then entered the building, now the Bryan Glazer Family Jewish Community Center, and strode to the speaker's platform.

"We are standing on the border of the promised land of integration," he told the gathering of 4,200 people at the Tampa venue, according to a report in the former Tampa Times. Despite the bomb threat and a temporary clearing of the building, most of the mixed-race audience stayed for his speech.

King told the crowd that racial segregation was being replaced by new freedoms and a recognition of human dignity, the newspaper reported. The "new order" would bring challenges and additional responsibilities, he said.

King and other civil rights leaders helped open doors for the next generation. Learn about local African-Americans' Legacies of Leadership and other historical events in Hillsborough County.