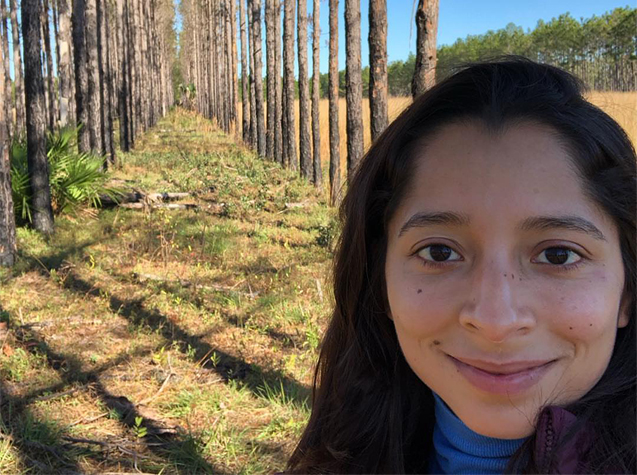 A few of the 26 trails included in this year's Hiking Spree have names that reflect their histories or imply what trekkers might encounter on them.

Manatee Bay Trail, at E.G. Simmons Conservation Park, 2401 19th Ave. N.W. in Ruskin, is named for a cove on the north side of the pathway. During warmer months, usually beginning around March, the shallow lagoon is a favorite spot of West Indian manatees. The docile aquatic mammals are protected by state and federal laws.

Singing Bluffs Trail, at Edward Medard Conservation Park, 6140 Turkey Creek Road in Plant City, was named by people who built the trail. While hacking through thick brush in the hilly landscape, workers were serenaded by hundreds of birds in the canopy and on surrounding rookery islands. Close your eyes and imagine you're deep in the Amazon jungle.

Deuces R Wild Trail, at Triple Creek Nature Preserve, 13305 Balm Boyette Road, winds through heavy woods. Before the County bought the land as part of the Jan K. Platt Environmental Lands Acquisition and Protection Program (ELAPP), it was a ranch called Deuces R Wild. The name stuck. It's on the old ranch gate, a few dozen feet from the preserve's parking lot.

Each of the more than two-dozen Hiking Spree trails has unique characteristics. It's not too late to register for the annual series of treks, which continues through March 31.

Hikers who complete at least eight of this year's designated trails receive a medallion or an official Access Hiker patch. All types of people, from novice to experienced hikers, may participate. There are trails for everyone, plus one trek of each hiker's choosing that can be anywhere.

This year's list of trails includes a few longer, more rugged hikes. Singing Bluffs and Deuces R Wild, for example, are among 15 trails that are designated as "primitive."

The goal of the increasingly popular event is to encourage residents to exercise, take up hiking, and experience the wonders and diversity of the County's recreation parks, conservation parks, and nature preserves.