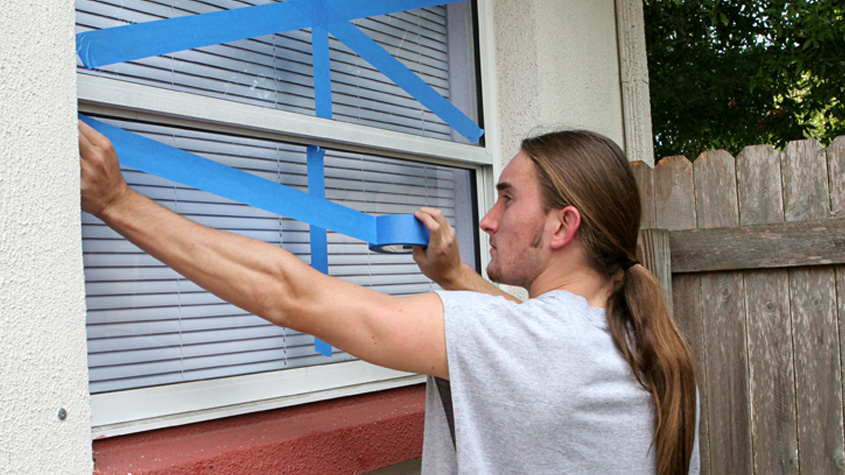 Throw these 8 Hurricane Myths to the Wind

Hurricane season spawns lots of myths and disinformation. Here are eight of them:

Fact: If anything, tape holds together large chunks of glass that are more dangerous than small shards. Forget tape. Install shutters, plywood, or impact-resistant windows.

Myth: Wind is the deadliest part of a hurricane.

Fact: It's water. About half of hurricane-related deaths in the United States are attributed to storm surge, the sea level rise caused mainly by a tropical system pushing water toward the coast. Flooding due to rain is another major killer.

Myth: I'm not in the track "cone of uncertainty," so I'm OK.

Fact: The cone shows the possible path of the center of a storm. It does not depict potentially destructive weather which can extend far beyond the eyewall.

Myth: Emptying the swimming pool keeps it from overflowing into your house during heavy rains.

Myth: Get as far away as possible from a storm's projected path.

Fact: When evacuating, go to a safe, nearby location where your family can ride out the storm. A hotel, or friend or family member's home, for instance. Staying at a hurricane shelter is the last option.

Myth: After a storm passes, you're safe.

Myth: Your homeowners insurance has you covered.

Fact: Most policies do not pay for repairs or losses due to floodwater. That often requires an additional policy, or a rider to the one you have.

Myth: It can't happen where I live.

Fact: Floridians who say they live in an area where hurricanes don't hit, or a storm struck last year so it won't happen again, are wrong. Long-term hurricane season forecasts, as well as days-out predictions of a hurricane's path, are unreliable. It's wise to prepare, every year.

Get Connected. Stay Alert. Sign up for Emergency Alerts
Pack Your Evacuation Kit
People with Disabilities Face Challenges in Emergencies