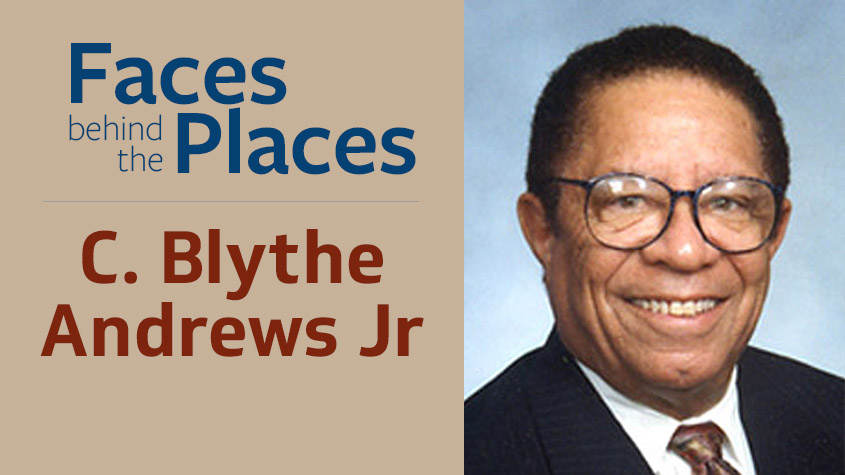 Hillsborough County is full of inspiring, iconic, and interesting places, and there are remarkable people behind them.  In this series we explore namesakes of some of the county's well-known communities, buildings, parks, and roads.

Who was C. Blythe Andrews, Jr.?

C. Blythe Andrews, Jr. was owner-publisher of his family's Hillsborough County-based newspaper, the Florida Sentinel Bulletin. Beginning as a sports reporter, he worked in every department at the paper during his career. Andrews served on boards of the Hillsborough County Hospital Authority, Tampa Sports Authority, and Florida Arts Council, among other civic endeavors. He died in 2010.

Why name a library for him?

At the renaming of College Hill Library in 2011 to honor her late father, Andrews' daughter, Kay, said it was a fitting tribute because the library represents the written word and is a vital part of the community. "It has impacted many lives over the span it has been here, and it will impact lives over the next generations," said Kay Andrews, now publisher of the Florida Sentinel Bulletin.

The previous C. Blythe Andrews Jr. Library was demolished two years ago to make way for construction of a new building at the same site, 2607 E. Dr. Martin Luther King, Jr. Blvd. The new library has meeting spaces, a recording studio, a computer lab, a children's area, a bookstore, and an archive with the Florida Sentinel Bulletin collection.