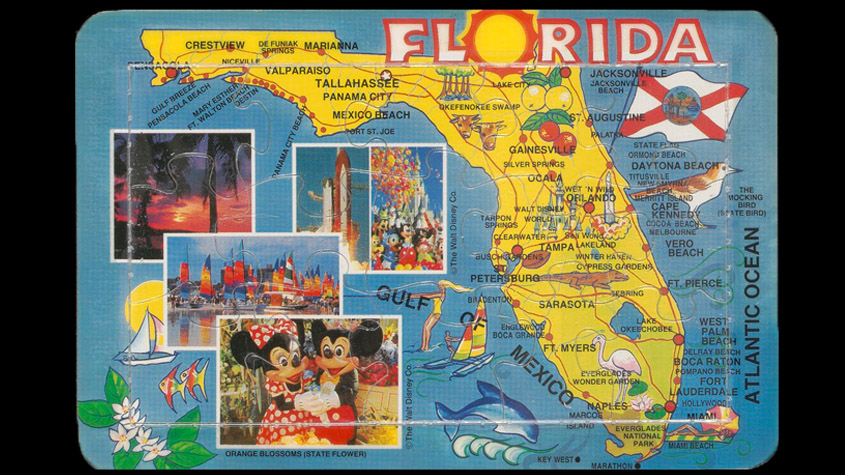 A Hillsborough County grant is helping the Tampa Bay History Center put thousands of historic, modern, and even novelty maps of Florida and its surroundings onto the museum's website.

The digital format also creates an enduring record of the maps and charts that will survive an unlikely calamity such as a fire, flood, or burglary.

The collection ranges from a 1493 map of the then-known world, before details gleaned from Columbus' voyages were chronicled, to a modern placemat-map of Florida from La Teresita restaurant in West Tampa. Ninety-five percent of the maps are on paper or cloth. Among the exceptions are a necktie festooned with silhouettes of Florida, and a shirt printed with familiar Florida toll plazas and roadways such as Alligator Alley, Yeehaw Junction, and the Sunshine Skyway.

Assisting with digitalization of the maps is one of many ways that Hillsborough County supports the History Center at 801 Water St. In this case, the Board of County Commissioners approved matching grants totaling $152,500 to photograph the maps and place them on the website, with the goal of promoting historic preservation, heritage tourism, and economic development. It's one of nearly 100 projects supported by the Historic Preservation Challenge Grant program.

"Not everybody can come to Hillsborough County and come to the History Center," says Rodney Kite-Powell, director of the museum's Touchton Map Library. "The digitalization process provides access not only to people locally but around the world."

The Touchton Map Library and Florida Center for Cartographic Education, now featuring the digital display, is the only map research center in the southeastern United States.

The high-resolution digital maps are available to anyone with a smartphone or other type of computer. That means students, researchers, history buffs, and people just interested in Florida can access the maps with ease.

A map of Florida and surrounding coastlines drawn by Dutch geographer Joannes de Laet between 1630 and 1640.

The maps are more than sketches and words on cloth or paper. Viewers can discover communities that no longer exist, settlement and transportation patterns, and indications of European conflicts playing out in the New World. "The maps in the collection tell so many different stories," Kite-Powell says.

About 2,700 images are on the website. Another 2,000 will appear soon. More maps will be scanned and uploaded in the future.

Tom Touchton says the quality of digitization is extraordinary. People not only can view the maps from anywhere in the world, they can see details on the digital images that are hard to discern on the maps themselves.

Digitizing the maps adds a dimension to the History Center and the community, Touchton says. "The County has been and continues to be just a wonderful partner on this."

Top photo: A 1998 jigsaw-puzzle depiction of Florida is among less explicit maps in the collection.