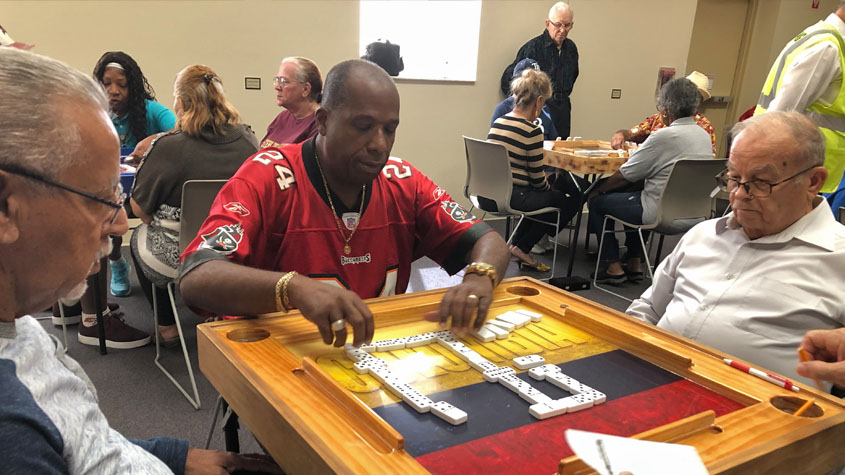 Reigning dominoes champion Daniel Alvarez, an expert at the game of double sixes, hoped the tiles once again would fall his way as he and his partner, Gilberto Aviles, defended Town 'N Country Senior Center's dominoes title at the Sept. 13 playoffs organized by Hillsborough County Aging Services.

The tournament takes place each year at the Town 'N Country complex, 7606 Paula Drive. Players qualify for the championship round by playing winning hands of tiles, also called bones, at senior centers throughout the county.

Daniel says he began playing dominoes at age 7 in Puerto Rico. Fifty years later, he's always up for a game. "Just tell me to be here, and I'll be ready to play," he says. 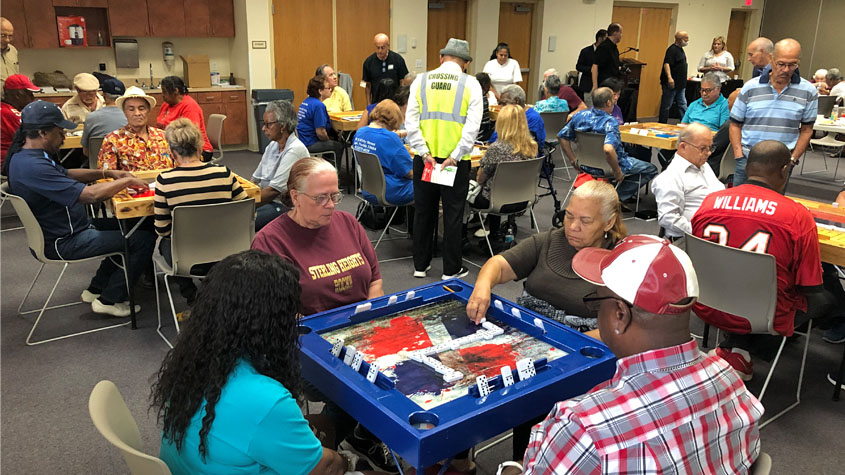 Dominoes is popular in Hillsborough County, and is a favorite activity among many people who go to the County's eight senior centers. Qualifiers for the championship round take the game, and the competition, most seriously.

Deidre Raphael, representing Ruskin Senior Center, was another return competitor at the Sept. 13 event. "I like dominoes, and I love to compete," Deidre says. "I didn't want to practice today, before the games. Just compete."