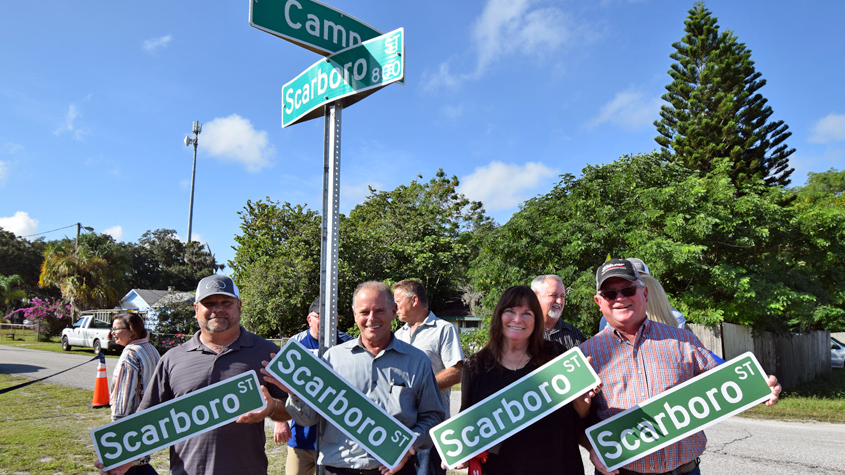 Jerry and Helen Scarboro would have been pleased, and likely a little humbled, at the turnout of family, friends, and dignitaries for the dedication of Scarboro Street in Wimauma.

Married for more than 64 years, the couple moved to the south Hillsborough County community in the early 1950s, quickly becoming among its most active and beloved citizens. At a ceremony outside First Baptist Church of Wimauma, where the Scarboros were prominent members, the former 6th Street was renamed for them. 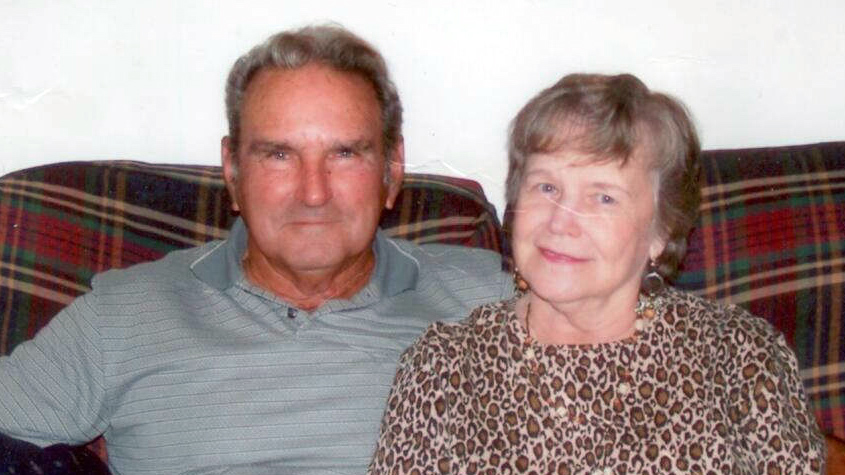 Jerry died in July at age 90. Helen died in 2015. Smiles mixed with a few tears at the Oct. 30 gathering as family and friends recalled the couple's life together and their many accomplishments benefitting residents of Wimauma.

"Anytime you can have even a small, meaningful impact on someone else, it's so valuable," said the couple's son, Gary Scarboro, after helping to unveil a new road sign at the corner of Scarboro and Camp streets.

Jerry was a builder and Helen was a schoolteacher. Jerry helped build First Baptist Church of Wimauma, and was ordained as deacon in 1958. Helen taught at Wimauma Elementary School for 33 years and, at First Baptist, taught Sunday school and was church pianist.

Top photo: Jerry and Helen's family and friends wave mock "road signs" beneath a real one honoring the Wimauma couple.