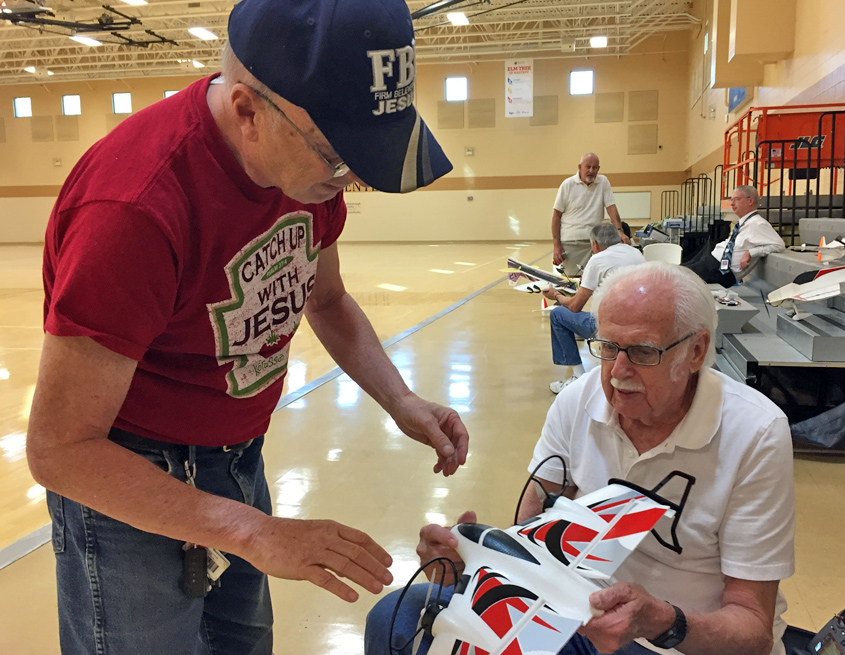 Model airplanes, helicopters, drones, and a hovercraft fill the ample airspace inside All People's Life Center's gym, swooping close to the hardwood floor and soaring toward the spacious building's steel rafters.

A dozen or so Tampa Indoor Flyers members show up on Wednesdays to fly their battery-powered miniature aircraft at the Hillsborough County facility, 6105 E. Sligh Ave. They've been doing so for more than 10 years.

Club members say the gym is a fantastic place to fly the lightweight vehicles. There's no wind, no rain, and it's air-conditioned. It's a great way to learn skills needed to command any type of model aircraft, indoors or outdoors. And it's fun. 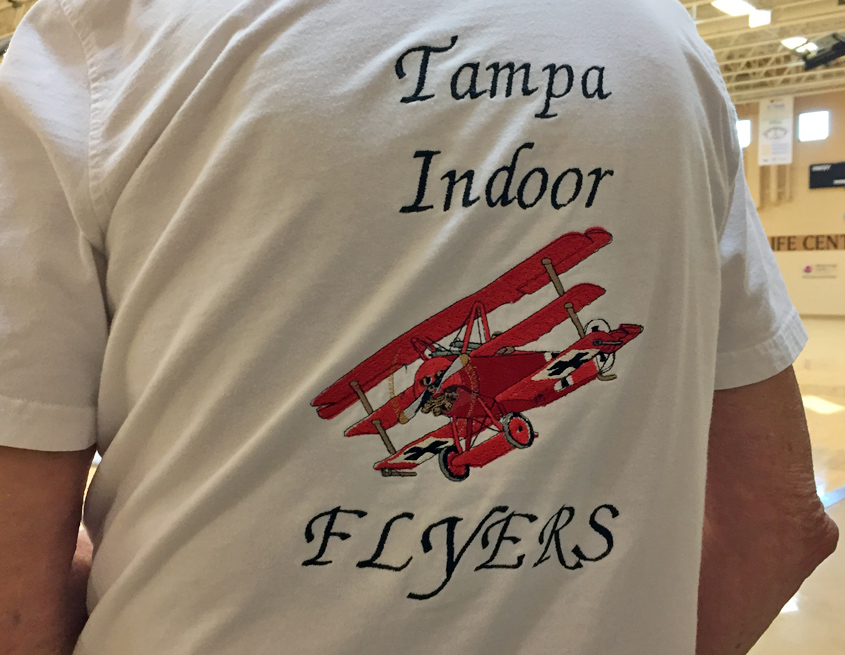 Tampa Indoor Flyers have been at All People's Life Center for about 10 years.

The 140 people who have come to the weekly fly-ins during the last decade enjoy the hobby, for sure. They also like visiting with like-minded enthusiasts. "It's a good way to hang out with the guys," says Richard Fahie, a TIF member. "Some of them don't fly at all. They just talk."

Leading member Bob Peiser - "I run the show, but I'm not the boss." - has 36 model aircraft hanging in a room at his Seminole Heights house. He brings about 10 of them to the Wednesday sessions. Though they differ in form and function, all are made of lightweight foam and are powered by tiny lithium polymer batteries. Most of Bob's aircraft are controlled by the same handheld transmitter.

"The neat thing about these things is they're cheap," he says, adding a person can buy a decent plane, motor, and transmitter for a little more than $100. That's far less than outdoor models flown by the Tampa Radio Control Aircraft Club over the County's former Hillsborough Heights Landfill near Seffner. Most outdoor models are $300 to $1,000, with some costing $10,000 or more.

Like most Tampa Indoor Flyers members, Bob began fooling with model planes as a child. His first aircraft was propelled by a small propeller. "It was a rubber-band powered windup thing. It flew about three feet," he recalls.

Now he and others are thrilled to have a place where they can put their varied indoor aircraft through the paces. They perform loops, rolls, inverted flights, figure 8s, hovers, and other maneuvers above the polished gym floor.

Bob likes the challenge of improving and retaining his piloting abilities. "At 85 years old I ought to be in my coffin already," he says, smiling. "But I'm still out here flying these things."