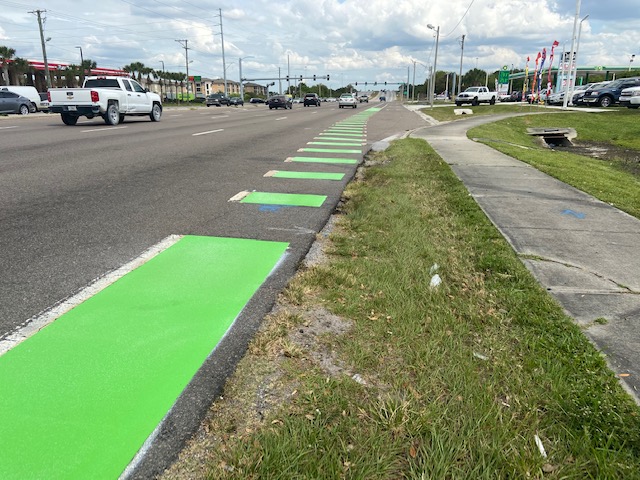 Hillsborough County kicked-off a safety improvement project designed to increase the visibility of existing bike lanes at various signalized intersections countywide. The initial installation of the green pavement markings in intersection transition areas for marked bicycle lanes is expected to take place over the next three months, and then will be ongoing as the enhanced markings will be incorporated into future Capital Improvement Projects.

The approaches at each of the intersections are being marked with an approximately 20-foot-long solid green rectangle to remind drivers of the cycling lane. At the end of each approach, where right turns are allowed, a dashed white line with dashed green boxes will identify conflict areas where vehicles are permitted to merge into the bike lane before making a turn and where cyclists can continue straight through the intersection.

Before and After bike lanes project 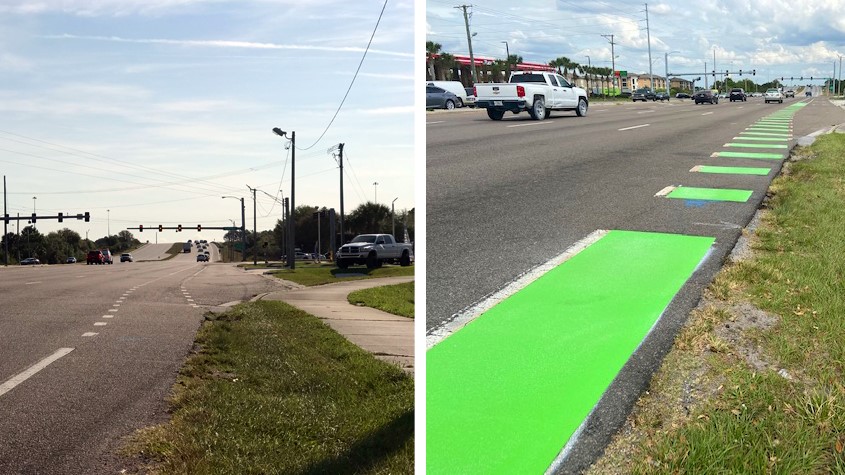 The green bike lane markings, which apply Vision Zero principles, will be a model for the County's future intersection, roadway, and corridor projects. The intersections were chosen mainly due to traffic volume and to promote a clearer understanding of the lane's purpose.

Intermittent lane closures will be necessary during installation. Work will be performed during the daytime hours between 9 a.m. and 4 p.m. Hillsborough County apologizes for any inconvenience caused by this construction project and looks forward to improving traffic flow countywide with this safer and more bicycle-friendly system.