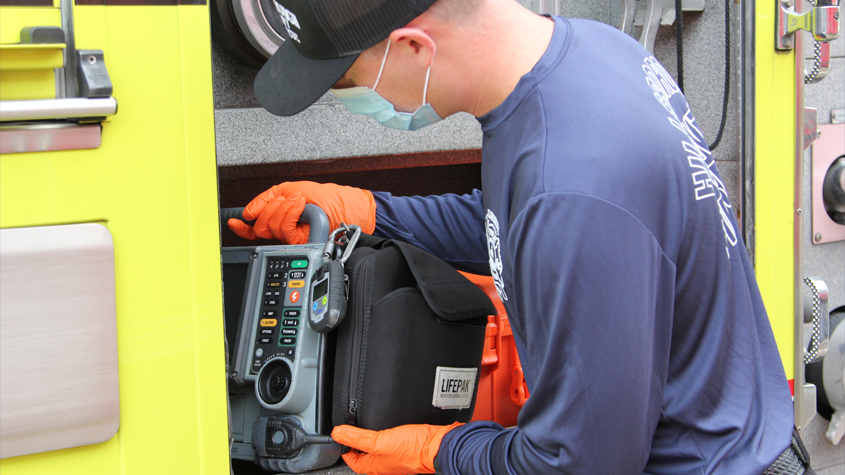 Shrill Blast Can Save Lives

Summoned to a South County house on an emergency medical call, Hillsborough paramedics were assessing a stricken man's symptoms when an alarm sounded.

It was the first time one of Hillsborough County Fire Rescue's new carbon monoxide detectors had activated. The devices are clipped to each of the department's portable Lifepak cardiac monitors, which are taken on every medical call to the area where a patient is located.

The shrill blast led paramedics to ask more questions. They learned that before arriving at the suburban house, someone accidentally had left a van or SUV running in the garage. The victim was not suffering a seizure, as his wife guessed. Instead, he had inhaled invisible, odorless carbon monoxide fumes. Sometimes called "the silent killer," the fumes are emitted by gasoline-powered vehicles, lawn-care equipment, generators, and even fireplaces that are not properly vented.

Alerted by the alarm, paramedics quickly diagnosed the man's medical condition and began giving him oxygen. Minutes later, he was at a nearby hospital, alert and speaking with emergency room employees.

Without the carbon monoxide alarm, the outcome could have been much different.

Fire Rescue last year bought 86 of the alarms, which require no maintenance and have 2-year life spans. They alert rescue crews to the presence of carbon monoxide, which otherwise is not detectable because of its colorless, odorless properties. Without the safety devices victims can succumb to carbon monoxide poisoning before anyone knows what is wrong. Diagnosing carbon monoxide poisoning is especially challenging because its symptoms mimic those of other medical problems.

The carbon monoxide detectors not only help rescuers figure out what's ailing a patient, they provide a measure of safety for everyone at an emergency scene. Acquiring the devices is part of Hillsborough County's commitment to enhancing firefighter health and safety and minimizing risks to their inherently dangerous jobs.

The U.S. Centers for Disease Control and Prevention encourages homeowners to install their own carbon monoxide detectors and to seek immediate medical help if they suspect carbon monoxide poisoning and are feeling dizzy, lightheaded, or nauseous.

Photo: A Hillsborough County paramedic examines a carbon monoxide alarm clipped to a Lifepak medical emergency kit. The monitors are about the size of a mobile phone or garage door opener.