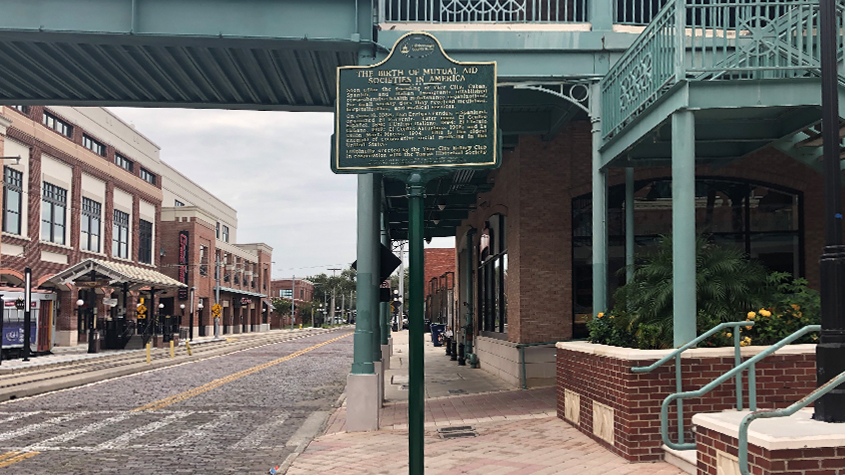 Calling attention to notable historic figures, places, and events is the mission of the Hillsborough County Historical Advisory Council.

The Council, which reports to Hillsborough County's Board of County Commissioners, oversees about 160 roadside historical markers in unincorporated Hillsborough, Tampa, Temple Terrace, and Plant City. The Board recently accepted a grant from the William G. Pomeroy Foundation to replace three of the markers. Two of them disappeared years ago and the other was time worn and needed editing for historical accuracy.

A foundry is making the new commemorative markers, and they should be installed this year. The markers denote:

The Tobacco War began in 1896 when Spanish-led Cuba stopped exporting tobacco to Tampa because Ybor City cigarmakers backed the island nation's independence movement. The marker will be near the site of a plantation where a local family, in defiance of Cuba's order, grew tobacco to sustain the area's cigar industry.

WDAE, the first radio station in Florida. When it went on the air on May 15, 1922, then-Tampa Mayor Charles H. Brown called the new medium "the wonder of the age." The Tampa Daily Times initially held the license for WDAE, which was housed in the Florida Citrus Exchange building in downtown Tampa.

The Cherokee Club, one of Ybor City's first social clubs, was built in 1895. Among its prominent members: lawyer and businessman Peter O. Knight, namesake of the airport on Davis Islands. The building's dominant feature is an arcade, El Pasaje. A restaurant of that name was one of several eateries to occupy the building.

The new markers will be placed as close as possible to the locations where the original ones stood.

The Board of County Commissioners established the Historical Advisory Council in 1996 to support and facilitate a program featuring free-standing, historically accurate markers with a uniform look. Its work complements other countywide historical preservation and education efforts. The Council receives funding from Hillsborough County which is used to repair existing markers and provide matching funds for new ones.

Photo: The William G. Pomeroy Foundation previously provided a grant to erect this marker, The Birth of Mutual Aid Societies in America, in Ybor City.