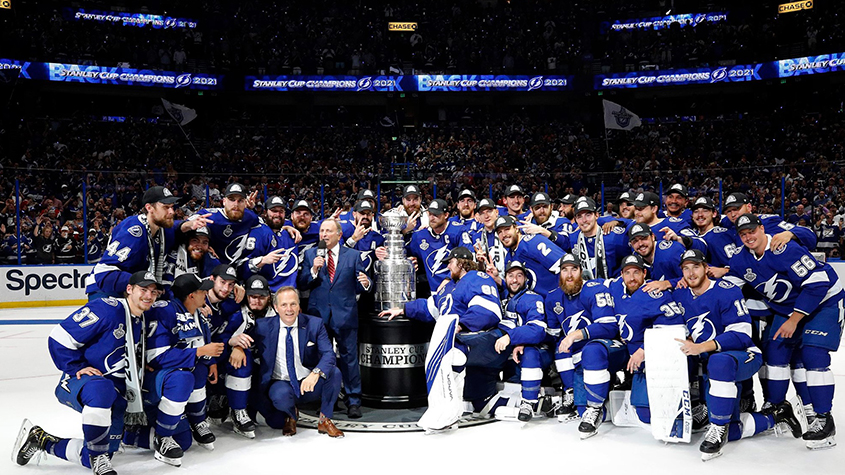 The team won its second straight Stanley Cup championship with a 1-0 victory Wednesday night over the Montreal Canadiens in Tampa. A sold-out crowd witnessed the win, continuing the region's dominance as Champa Bay.

The Lightning, who play their home games in Hillsborough County's Amalie Arena, won the best-of-seven championship round in five games.

Only one other team, the Pittsburgh Penguins, has won back-to-back championships since the NHL adopted a salary cap beginning with the 2005-06 season.

Lightning goaltender Andrei Vasilevskiy celebrated the shutout victory and championship run with the Conn Smythe Trophy, which goes to the postseason's most valuable player.

After the win, Bolts Captain Steven Stamkos was the first player to hold the Stanley Cup aloft and skate around the ice in front of adoring fans. His teammates and Coach Jon Cooper followed.

Outside, fans closely followed the action and reveled in the victory.

This is the community's second professional sports championship in 2021. In February, the Tampa Bay Bucs beat the Kansas City Chiefs to win the National Football League's Super Bowl LV in Tampa.