Millions of people throughout the United States, and all over the world, enjoy multiplayer video gaming, also known as Esports. There are professional gamers and online tournaments that draw large audiences.

While recreation centers traditionally focus largely on physical activities, the video game contests are a mental challenge. And they're fun. 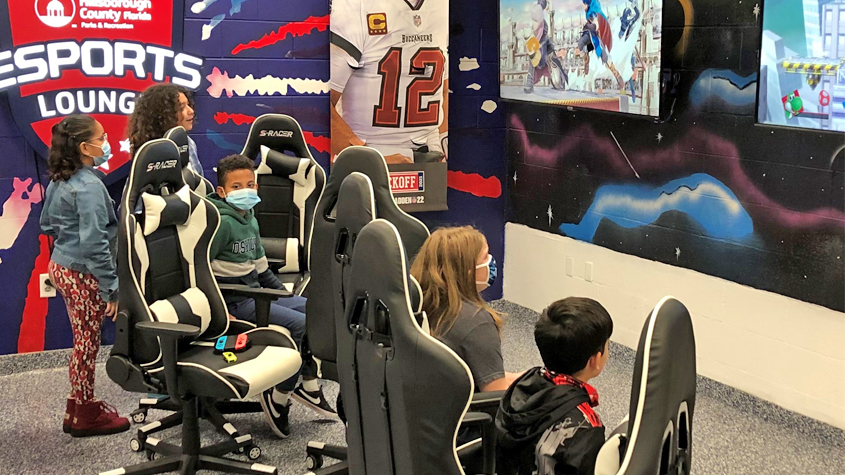 Part of the reason Hillsborough County Parks & Recreation implemented the Esports Lounges into a predominately physical and sports related program is to provide common ground and an equal playing field for participants who may have physical barriers that prohibit them from connecting with their peers in a competitive sports setting. Northdale also has an Inclusion Program for children with disabilities.

Justin Tabor and his friends are regulars at the Esports Lounge. A participant in Northdale's after-school program, the 9-year-old is excited about the center's new addition. Super Smash Bros., a game he plays at home with his dad, is his favorite.

The games' audio and chat functions are disabled to ensure a positive environment for players.