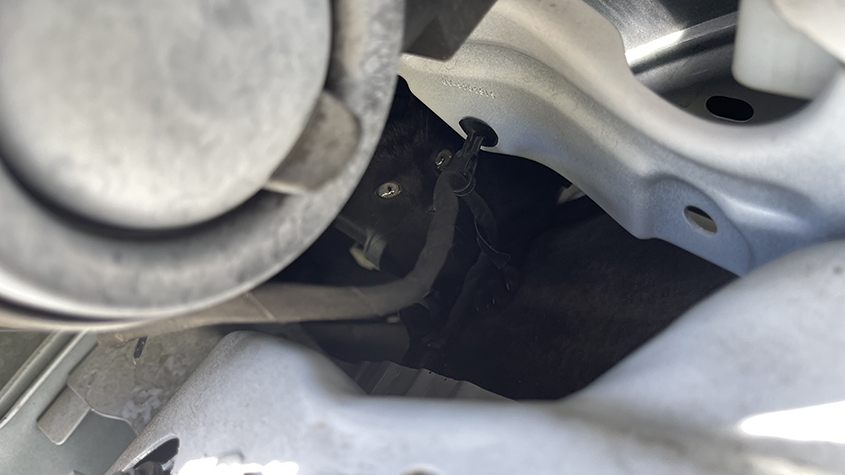 County worker had to dismantle part of car to rescue kitten

Over the course of 14 years with Hillsborough County Fleet Management, Louis Perea has worked on a lot of vehicles. This month, though, was his first feline removal, a sweaty, hourlong task that probably saved the life of a kitten that had already survived a trip from Ruskin to Tampa after stowing away in the undercarriage of a County car.

The saga began the afternoon of Sunday, June 12, after a County employee called the emergency Fleet Management line to report an unusual problem.

David Ramirez, an athletics manager with Hillsborough County Parks & Recreation, thought he heard a meowing sound when he stepped out of the County vehicle he had just driven from Ruskin to the Skyway Sports Complex, a park near Tampa International Airport that is popular with youth sports leagues.

"I'm looking at the radio, my phone, wondering where this meowing is coming from,'' Ramirez said.

Eventually, he heard the sound again and knew what had happened. He had a stowaway cat somewhere in the body of his Ford Escape. He thinks it crawled inside after he had stopped at a convenience store in Ruskin at the beginning of his trip. When he got to the Skyway Sports Complex, he could hear the cat but couldn't find it anywhere.

Ramirez called the weekend and after-hours line for Hillsborough County Fleet Management. The line is for emergencies, and he got Perea, who was on duty that day. Perea, who has two dogs and two cats at home, decided this was an emergency.

When Perea arrived at the Skyway Sports Complex, he could hear the meowing and knew the cat was somewhere underneath the engine compartment. He took off the headlights. Then he started on the bumper. Then the fender. 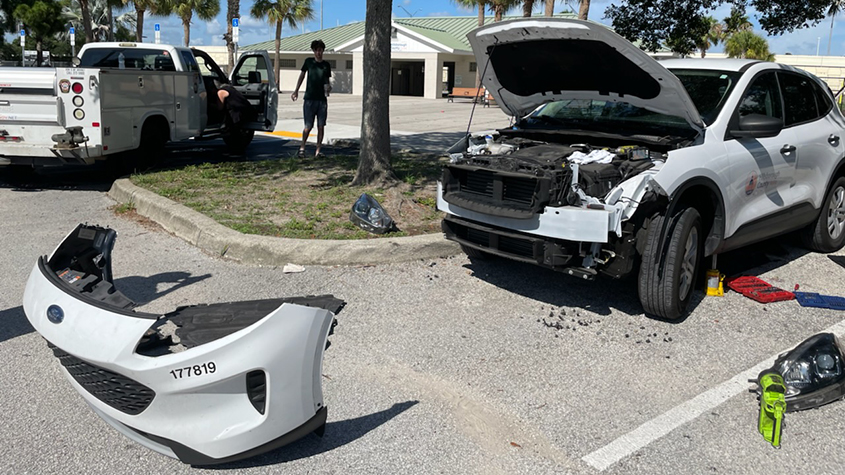 Louis Perea wasn't going to give up on the kitten no matter how many pieces of the car he had to take off.

"Luckily, I saw a glimpse of color looking at me - the eyes,'' he said.

By the time Perea could reach the kitten, much of the front part of the car was dismantled and lying in the parking lot. But he was able to put on a work glove, and with the assistance of another employee, was able to grab the kitten. 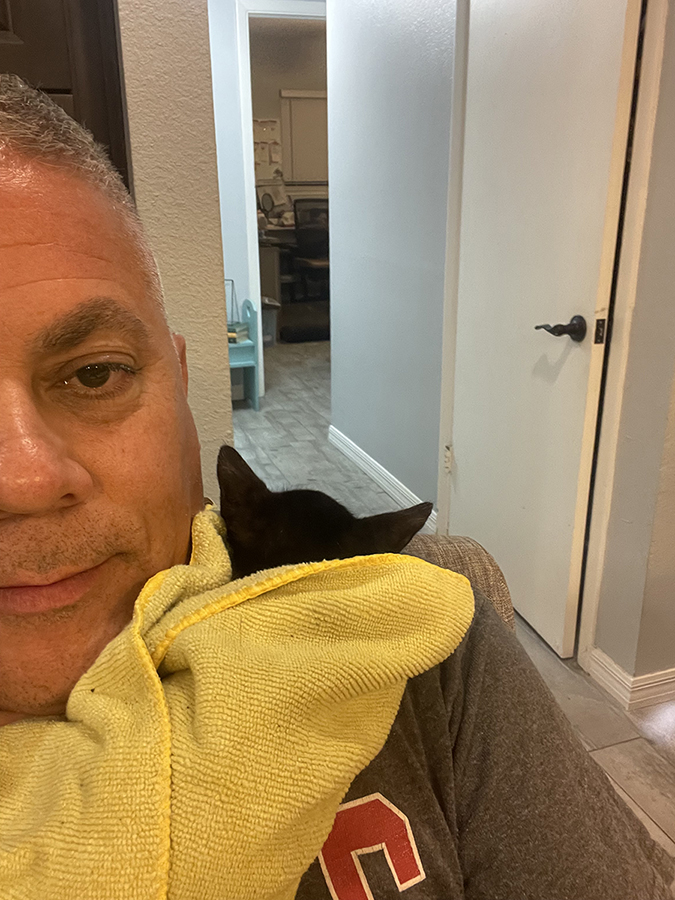 Louis Perea took the kitten home after rescuing it.

The kitten is now living with Perea. A veterinarian gave the kitten a clean bill of health and estimated it's about 6 weeks old. Perea hasn't given it a name yet.

"The guy's a little survivor.''

Top photo information: A cat's-eye view of the situation.