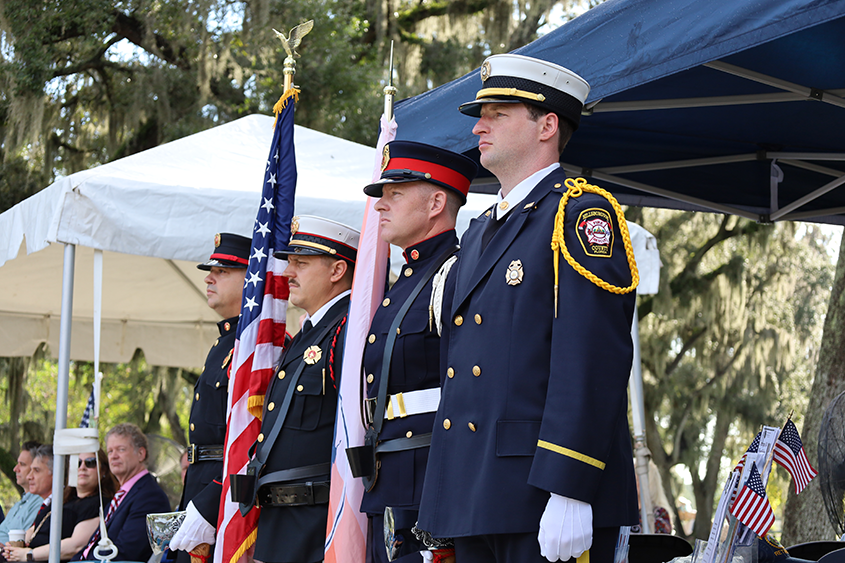 Where were you on Sept. 11, 2001? Over two decades later, most still know exactly where they were, and many have a story to tell. This year, as Hillsborough County residents, first responders, and civic leaders commemorated Patriot Day and the tragic events of Sept. 11, they did so by sharing their stories at Veterans Memorial Park.

Emotional remarks were made by keynote speaker Hillsborough County Fire Rescue Chief Dennis Jones, Consumer & Veterans Services Director Frank Strom, and County Commissioners, most of whom mentioned where they were on that fateful day.

For singer Gabriella Jaramillo and the Fire Rescue cadets, "Never Forget" carries a different weight. They are unable to say "where they were" when the Twin Towers came down, as 21 years ago, on Sept. 11, 2001, these 15- to 18-year-olds were yet to be born.

Jones stated it best, "They have no recollection of it, but it is something that is so important to this country; it was the greatest attack on our homeland that has ever been seen. So many lives were lost that day and in Operation Enduring Freedom. We have to keep their memories alive."

Echoing the sentiment felt by so many, Jones explained that instead of destroying the American spirit, 9/11 brought the nation together like never before. He hopes Patriot Day rekindles those feelings of unity, patriotism, and togetherness, and imparts those emotions to young Jaramillo, the cadets, and their peers.

Hillsborough County is growing rapidly, and with it the need for more fire stations and first responders. Jones hopes generations to come will feel the passion for serving others. He says, "It has to be more than just a job. It has to be a calling, and we want them to feel the passion of that on days like today."

Learning from her dad, Gabrielle Jaramillo says she is grateful and proud. Carlos Jaramillo has served Hillsborough County as a longtime fire captain. "He is my mentor, my dad, my coach for everything, and my biggest supporter. He's a part of this event that means so much to so many people. It makes me really proud and really happy." 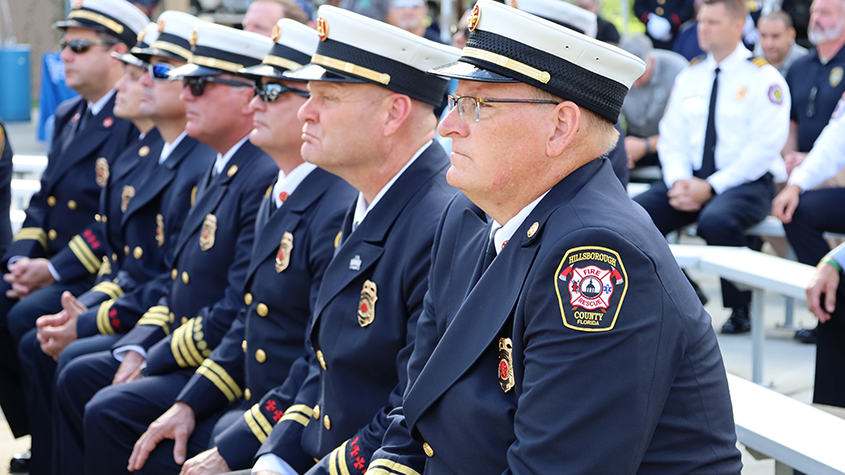 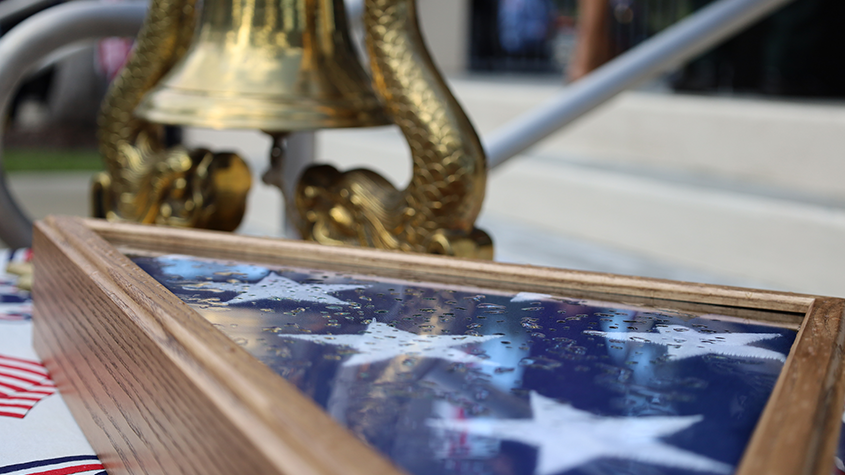 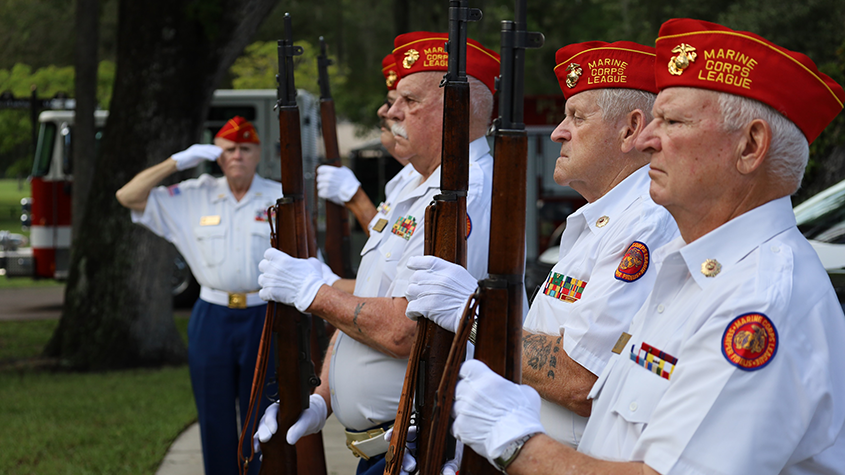 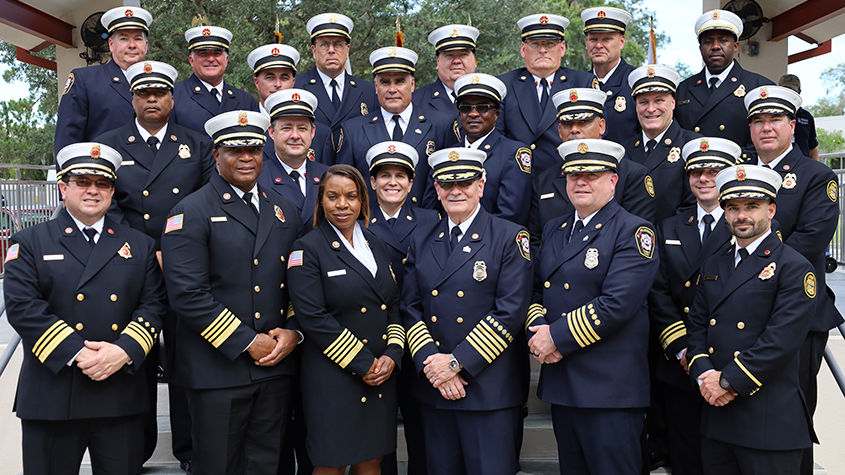 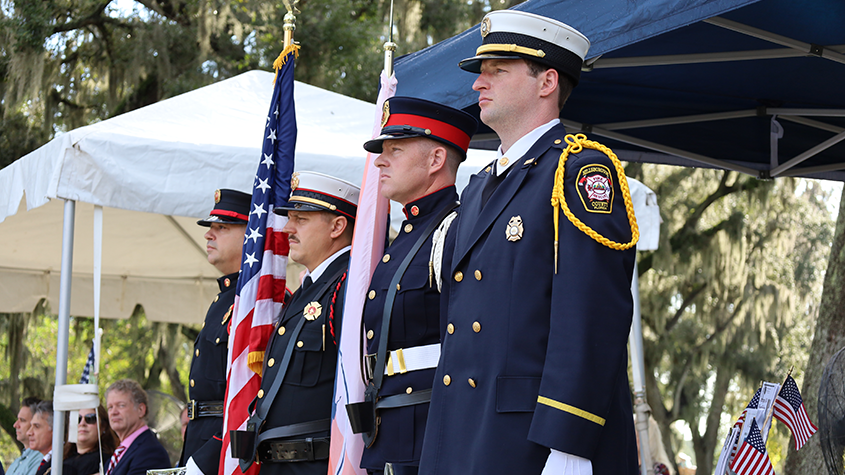 The silent crowd listened intently as the 9/11 Writ was recited. The detailed account of what transpired in a mere 180 minutes on Sept. 11, 2001, transported everyone back in time to where they were as those events unfolded. The sense of reverence was palpable.

At that moment, as the somber words lingered in the air, Gabriella Jaramillo and the Fire Rescue cadets might have, if only for a few minutes, felt the gravity of 9/11 and how it forever changed the nation.

The remembrance ceremony served as a thank you to all current, past, and future first responders, as well as members of the military, who continue to serve abroad to keep everyone safe at home. Hillsborough County will never forget.